NIGERIA’s President Goodluck Jonathan has denied a revocation of the license issued to Canadian Electric Power Company, Manitoba, to take over the operations of the Transmission Company of Ni 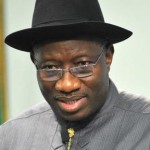 The President stated this during his Presidential Media chat which holding in the President Villa, Abuja as at the time of filing this report.

Manitoba which participated in a highly competitive bidding process in the West African country and settled in to commence operations some few months ago, but in a move that jolted the nation Nigeria announced termination of the $24 million electricity contract with Canada’s state-owned Manitoba Hydro. This was the position of the Presidency in a setback for plans to privatize a moribund power sector that is holding back economic growth.

The hiring of Manitoba to manage the national power transmission network had been seen by industry experts as a major step forward for the reform process, with the presidency saying that President Goodluck Jonathan annulled the deal because “due process was not followed in the award of the contract”.