LAGOS: The Nigeria Ports Authority has highlighted the need for the provision of Close Circuit Television (CCTV) in the common user areas Tin Can Island Port Complex (TCIPC). 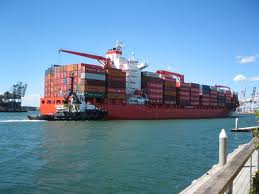 The Port Manager TCIPC Barrister Efioita Ephraim, made the call on the managing director’s maiden visit to the port recently, adding that installation of CCTV at the Port’s precinct would help curb the activities of undesirable elements operating in the area.

According to him, the restoration of power supply to Kirikiri Lighter Terminal (KLT I and II) and connection of the locations to the national grid has been a problem facing the port.

Ephraim pointed out the need to “fast track the perimeter fencing of the Port to checkmate the unbridle influx of persons into the Port precinct; provision of at least one more towing van to Port to cover KLT axis and the need to speed up rehabilitation work of dilapidated quay aprons at the Port especially the Josepdam terminal axis, while the ongoing rehabilitation works at berth 10 is adjudged by Five Star Logistics Terminal as being sub-standard”.

He told the NPA boss that dredging of channels and berths to the required depth as enshrined in the concessional agreement should be vigorously pursued by Management.

“Provision of Close Circuit Television (CCTV) in the common user areas and the Port precinct would help curb the activities of undesirable elements operating in the Port,” as lack of effective co-ordination of the call up system between the shipping companies’ holding bays and the terminal operators also pose challenge to smooth operation at TCIPC.

Apart from inadequate intermodal transport system within the area, absence of automated access control at the Port gates or port pass and vehicle stickers led to decline in operations and revenue.

“Occasional security challenges along the water front which could be linked to the presence of squatters across the channel”, Ephraim said while canvassing for comprehensive overhauling of the Port Bye-laws to enable the Port more firm hand in administering law and order in the Port.