FOR the second year running, Nigerian businessman and President of Dangote Group, Alhaji Aliko Dangote has again been listed as Africa’s richest man, in the latest ranking of the continent’s billionaires and millionaires released by renowned business magazine, Forbes.

Dangote, 55, leads 39 other businessmen and top company executives comprising 12 South Africans, 11 Nigerians, eight Egyptians, five Moroccans, an Angolan, a Tanzanian, a Ugandan and a Kenyan across the continent with a net worth of $12bn.

Ten of the listed 40 richest Africans, including three Nigerians, are debutants. Also, it is the first time that two women are represented on the list.

Sixty-one-year-old Folorunsho Alakija began her career in the mid-70s as a secretary at extinct International Merchant Bank of Nigeria; and after studying fashion design in England, she founded Supreme Stitches, a high-class Nigerian fashion label.

In 1993 then-president, Ibrahim Babangida awarded her company, Famfa Oil, an oil prospecting license, which went on to become OML 127, one of Nigeria’s most prolific oil blocks, thus beginning a financial ascendancy that has earned her the status of Nigeria’s richest woman at a net worth of $600m.

The other two, Lulu-Briggs and Bello, also owe their stupendous wealth to oil. Octogenarian Lulu-Briggs is the founder and chairman of Moni Pulo Limited, an oil exploration and production company that was awarded its first oil block in 1992 during an era when Babangida was encouraging indigenous participation in the upstream sector of the oil and gas industry. The company currently has oil blocks in Ondo state, Abia and Akwa-Ibom state.

Sani Bello, 69 and a former military governor from Kano State, though, has supported his oil fortunes with a telecom base. He co-founded AMNI Petroleum, an oil exploration company with a 50 per cent interest in the Okoro and Setu oil fields, sharing ownership of the Okoro field with London-listed exploration firm Afren. Bello also owns a minority stake in mobile telecom firm, MTN Nigeria. 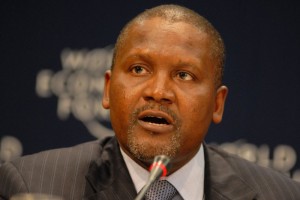