Security: FAAN to dismiss staffs that portrays the agency in bad light

By Oyise OGHENE
The Federal Government under the aegis of the Federal Airports Authority of Nigeria (FAAN) has indicated its readiness to flush out staffs of the agency who portrays the image of the agency in bad light in the public. 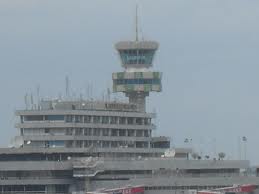 Disclosing this development to newsmen in his office, General Manager Corporate Communication of FAAN, Mr. Yakubu Dati said that this was necessary as the agency was planning to embark on a massive restructuring of its staffs and personnels between now and December 2012.

He said”what is most importantly is to fish out bad eggs, undesirable elements that should not be in the system in the first place. now this is the cause of the poor image that the organisation has been having because there are people who came in not to be of service, who do not even understand why they are working here and that gives rise to the reason why there is now a re-orientation of the staffs to understand why they are here and to see even their work as part of their life”

“So, there is going to be a lot of restructuring between now and December in the area of security and personnels and in terms of strategy because we want to ensure that as the new facilities are coming, we should also come in with new ideas, we should also come in with professionals who will be able to meet up with the  changing times because what was security ten years ago is different now, the challenges are different and challenges come up everyday, so you need a dynamic team because the strategy for security keeps evolving and like we always say safety and security is not a destination, it is a process that keeps evolving”  Dati added.

On the planned construction of additional five new airports that will commenced in January 2013 across the country, Mr.  Dati pointed out that those airports will be built by the Chinese government under the Build Operate and Transfer (BOT) agreement stressing that the agreement was pegged at a 21 years concessionary agreement.

According to him, the take-off time of constructing the five new additional airports will be in January 2013, already we have an (MOU) between the Chinese government and Nigeria and the chinese government is providing the financing and they are coming in with their construction company which is part of the condition and it is going to be on BOT over a 21 years period when they can manage these airports and make their money”