LAGOS: The Director General of the Nigerian Association of Chambers of Commerce, Industry, Mines and Agriculture (NACCIMA) Dr. John Isemede has said that the death of the Nigerian National Shipping Line is the major cause of the high freight charges that is witnessed at Nigerian ports today. 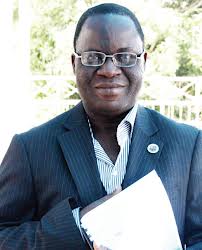 He stated unequivocally that until the Federal Government re floats another national carrier for the shipping sector and the aviation sector, high freight charges will continue to persist and it cannot be controlled.

“The thing about high freight rate is that people who own these carriers will tell you what to pay as long as you don’t have it, you can only compete when you have the advantage which we lack” Isemede pointed out.

Apart from this, he also noted that moving goods by road within countries of West Africa has not been successful because of the unfavorable protocols entered into by the various governments under the Economic Community of West African State (ECOWAS)

According to him, these protocols has further given rise to a lot of touts at the border post and this has had negative toll on doing business among West African countries.

“It is not easy to move goods within ECOWAS countries, a lot of protocols have been established on how to move goods and services, when you get to the borders there are touts doing nothing, they are nothing but additional cost to our doing business”

“We are here to send a message to government that we in west Africa want to work and collaborate, the agreement signed and the freight rate is making us uncompetitive and the only way we can get over this is through public private partnership”

Isemede also commended the port reform exercise carried out in Nigerian ports, saying that it has led to a lot of investments and development from the concessionaires.

“Right now if you enter the ports a lot of investment is going on there, the wharf rats are no longer there, things are getting better, government should allow private sector to drive the economy while they collect taxes” he said.