ATM fraud reduced by 99% in one year – Obaigbona

LAGOS: Fraudulent transactions through the Automated Teller Machines, ATM, have been reduced by 99 per cent within the last one year, Mr. Emmanuel Obaigbona, Chairman, Nigerian e-Fraud Forum, NeFF, has said.

He said that the crime has assumed a new dimension, migrating from ATM to what he called ‘card not present’ fraud as a result of the introduction of cashless policy which saw more e-payment channels springing up.

Disclosing this at the NeFF 2012 Annual General Meeting in Lagos, he said that the ‘card not present’ fraud, which means other forms of e-payment crime other than through the ATM, has been on the increase. 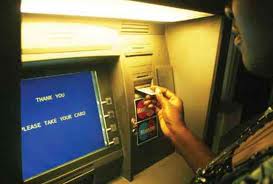 He blamed this on the inability of banks to disclose and share information of related fraudulent cases with one another, saying, there is need to strengthen the legal framework against electronic fraud.

He said all these necessitated the introduction of NeFF as fraud incidences had negatively impacted confidence in the entire system and not just on the banking institution.

He said, “By the time we move to the EMV technology, we discovered that ATM fraud has drastically reduced by 99 per cent. But then, in line with the CBN desire to promote electronic payment, there was need to introduce the cashless policy. And with the increase in e-payment channel, there was an increase in e-fraudulent attack.

“So, there was need for the industry to do something because crime now migrated from ATM to ‘card not present’ fraud. So, NeFF was formed a year ago with a view to basically deal with fraud in its entirety.

“We discovered that in the cause of doing this, same style of fraud was committed in different banks. That is, the kind of crime perpetrated in ‘Bank A’, is same done in ‘Bank B’. This was because the banks were not sharing information. So there was need to bring the industry together in information sharing.

“There is also the need to strengthen the legal framework against electronic fraud. We had a case of where someone defrauded a bank of millions of naira. When he was taken to court, he was given an option of N5,000 or three months imprisonment,” he said.

In his own contribution, Mr. Segun Agbaje, MD/CEO, Guarantee Trust Bank said that since the introduction of a particular payment system in 2011, e-fraud has assumed an inter-bank situation.

He blamed the lack of co-operation by banks in mitigating against fraud as the reason for its escalation in other e-payment channels.

“In a situation where a fraudster committed a fraud in bank ‘A’, even when bank ‘B’ is notified, such fraudulent account might not be sanctioned. Also, some banks delay, withheld or reduce the total cash that has been channeled to their banks fraudulently by scammers. Some even under-report a crime, therefore undermining the tackling of fraud. The question is why an organization must protect fraudsters?” he said.