LAGOS – Oando Plc’s Rights Issue has formally opened an offering in which the company is seeking to raise N54.6 billion through the issuance of 4,548,236,276 ordinary shares of 50 Kobo at N12.00 per share.

The company, which is quoted both in Nigerian and Johannesburg Stock exchanges, is offering two (2) new ordinary shares for every ordinary share of 50 Kobo each held as at the close of business on Friday, 19 October 2012. 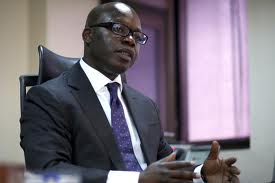 The Rights Issue exercise which opened on Friday, 28 December, 2012 on the Nigerian Securities Exchange, will open 4 January 2013 on JSE Limited, and close on Wednesday, 6 February, 2013 on both exchanges.

The company said the proceeds from the Rights Issue would be used for Part-repayment of N60 billion syndicated loan, which it used to fund the acquisition of upstream assets and swamp drilling rigs; Part-financing of acquisition of upstream and midstream assets by Oando’s upstream subsidiary, Oando Energy Resources; and Investment in working capital to support increased level of business.

The Group Chief Executive, Oando PLC, Mr. Wale Tinubu, was quoted in reports as saying: “We are happy to announce the opening of our Rights Issue offering, in line with our corporate strategy for balance sheet optimization and the financing of growth initiatives in the Upstream sector.

“Pursuant to the recent signing of agreements by our affiliate OER with ConocoPhillips, to acquire their entire Nigerian Asset base for $1.79 Billion plus customary adjustments, OER will be transformed from a small size oil company with ~4,500 bbls/day of production and 9 million barrels of oil equivalent (“MMboe”) to a midsize oil producer with close to 50,000bbls/day of production with 2P reserves of 213 MMboe and 2C reserves of 198 MMboe, with significant risked resources”.

“The successful outcome of the Rights Issue will position Oando to increase value for shareholders in the Upstream through focused portfolio growth in production, cash margins and improved returns on capital deployed. We count on the consistent support of our shareholders to seize the opportunity to take up their rights and benefit from the higher margin value creation the Upstream offers.”