NEW MEXICO: Citigroup announced a management reshuffle on Monday, appointing Jamie Forese and Manuel Medina-Mora as co-presidents of the bank in the latest move to steer the sprawling bank toward profitability.

Under the reorganization, Mr. Forese will take on Citi’s institutional business and Mr. Medina-Mora will oversee the bank’s consumer business and its operations in Mexico. 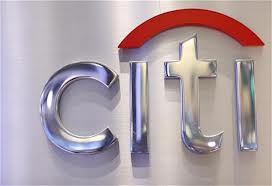 The moves are the first management changes since an abrupt change at the top of the bank in October. Michael E. O’Neill, the bank’s chairman, and the board pushed out Vikram S. Pandit as chief executive and installed Michael L. Corbat. After that shake-up, there has been unease in the upper echelons of the bank, in part, because of vacancies in the executive suite.

Since taking over Citigroup, the third-largest bank by assets, Mr. Corbat has been working to pare down the bank, a process that was begun under Mr. Pandit. As part of this cost-cutting, Mr. Corbat announced in December that the bank would eliminate 11,000 jobs throughout its operations. The management changes come as Citigroup has been under mounting pressure from shareholders to increase returns. Shareholders rattled the bank in April when they voted against a $15 million pay package for Mr. Pandit.

As part of the reorganization, Brian Leach, the bank’s chief risk officer, will take on an expanded role and be responsible for audit, compliance and corporate policy and strategy.

Almost immediately after the overthrow of Mr. Pandit, top bank executives scrambled to retain Mr. Leach, who was a longtime ally of Mr. Pandit.

Brad Hu, who currently heads the bank’s risk management operations in the Asia-Pacific region, will take on the role of chief risk officer, reporting to Mr. Leach.

“Jamie and Manuel have both spent their entire careers at Citi and its predecessor companies, and they exemplify the best of Citi,” Mr. Corbat said in a statement on Monday.