It is important to lend additional voice and question the rationale behind the federal government N22.6 billion bail-out of some capital market operators. It is tantamount to rewarding bad behavior and excessive risk-taking at public expense. For the stock broking firms that will benefit from this largesse, if their investments have been profitable and they made a kill in the capital market, they would not have shared their profit with the public. The action of government is therefore tantamount to endorsing the privatization of profits and the socialization of losses if you have the lobby and the political connection to dumb your losses on the Nigerian people. By setting this precedent, the government has further ossified the moral hazard problem in our financial system. If an investor taking an investment risk knows that he can appropriate his gains but can pass his losses to another party, he will take excessive unreasonable risk as he has nothing to lose. This moral hazard problem was at the heart of the misbehaviour of investment bankers in the recent global financial crisis, when they could made huge bonuses if their bets worked out but pass the loss to shareholders if it didn’t. This coupled with the implicit guarantee of their risk by the public especially if they were “too big to fail, essentially a public subsidy of their risk further compounded their bad behaviour. They created a tower of complex financial instruments that had little bearing to their underlying assets, played roulette and casino at public expense, made initial huge gains which they pocketed until their financial derivative instruments fell like a pack of cards.

Where these investment banking businesses shared a common capital base with retail banking as one organic financial institution, essentially leveraging public deposits in their banks to trade, they created assets that wiped off the bank’s capital and public retail deposits in their institutions. Where they were big banks, sometimes with a century of public retail deposits, the financial system was put a systemic risk of collapse and the state have had to intervene to bail them out largely to protect public deposits. This experience has fuelled calls for the full organic separation of investment and retail banking in the financial system. It is difficult to understand how this logic of bail out applies to the stock brokers who will enjoy N23 billion government largesse. A public bail out of a financial institution is justified only if they pose a systemic risk to the financial system should they fail. A systemic risk is the risk that the entire financial system will fail and collapse and it is different from the risk of financial failure of an individual or group within the financial system. The first question to ask is whether the failure of the selected stock broking firms being offered this government largesse can pull down the entire financial system or pose a systemic risk. Certainly not! These stock broking firms are not banks and their size relative to the whole financial ecosystem poses no fundamental systemic risk. What then is the rationale for the bail out?

Two fundamental conditions must exist for the public bail out of financial institutions. They must either be either be “too big to fail, the TBTF test or must be “too interconnected to fail”, the TICTF test. The TCITF test measures whether a group of institutions represent critical connected dependencies with no existing market alternative in size and function such that their failure will pull down the financial system. The   public bail out of a financial institution or a group of financial institutions must pass these two tests to justify the test of a systemic risk. It is difficult to see how the group of stock brokers who will enjoy these N23b public largesse could pass the “too big to fail” or the “too interconnected to fail” test. Their collective size does not pose significant systemic risk to the financial system. In the last three years, since these firms have had to deal with their margin loan challenges, the financial system has carried on. The capital market measured by the Nigeria Stock Exchange All Share Index has witnessed a year to date gain of more than 25 percent. This is because there are alternative market transaction agents whose collective size moderate any potential “too interconnected to fail” effect of the stock broking firms being bailed-out by government. Whither then is the logic of government action?

Capital market operators specifically stock broking firms operators are no banks. They are capital market transaction agents. They do not warehouse public assets or owe public liability like the banks that hold public deposits that could create a collapse of the financial system if a critical number of them fail. The stock asset that the public buy is not warehoused by the stockbroker but by the public themselves directly and the company from whom the stock was bought with a clearing system maintained by the independent Central Security Clearing System (CSCS). Stock sales are transactions between the company, the stock seller and the stock buyer with the stockbroker acting as intermediary, a broker and a transaction agent. It is the same relationship as that of a real estate agent who collects a fee brokering a deal between a house seller and a house buyer. The real estate agent just like the stock broker should ordinarily not warehouse housing-stock unless he decides to use his market knowledge for additional private gain and become an investor, acquiring his own housing stock. If we stretch the analogy further, would it be right to use state fund to bail out or forebear the loans of a group of real estate agents who took a bank loans to buy houses and kept, hoping to make a kill when the house stock appreciates, and unfortunately house prices fell?  If the state does that, should the same logic and largesse not be extended to every citizen investor who bought housing stock when house prices fell? Therefore apart from rewarding bad behaviour, the action of government also raises public equity and fairness issues.  For the ordinary retail investor who also lost money on the capital market like the stock broking firms who took margin loans, where and what will be his own bail out or loan forbearance? What is good for the goose must also be good for the gander. 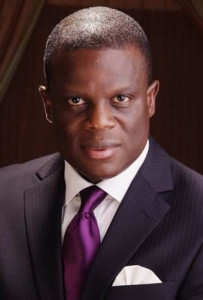 There have been attempts to justify the bail out of the stock broking firms as a special intervention in the capital market as it has been done recently in aviation and agriculture. Special sector intervention funds in Nigeria have largely not delivered tangible results as they work against market logic. The art of giving public funds to firms at below market rate, below its true market price distorts market mechanisms and leads to scarce resources being allocated to firms that will not best utilize them. Have we seen yet the tangible and visible gains of the recent special intervention funds in agriculture and aviation?  Such intervention funds have largely festered a regime of crony capitalism with all its attendant ills, where you get access to funds below market rate if you are connected to government and can even divert them to other more profitable sectors outside the intervention fund.  The market punishment of bad investment decisions, a return of losses for poor risk decisions and vice versa as gains for good investment risk decisions is critical to the effective functioning of markets.  Special intervention funds where there are no proven market failures, where it cannot be proven that markets lack the mechanism to self-correct and cleanse itself in its organic cycle of bulls and bear that ensure that resources are efficiently allocated to those who will best utilize them, can only but lead to more imperfect market outcomes.

Government has done very well by intervening and bailing out the banks whose failure truly posed a systemic risk to the financial system. It has however overreached itself in the N23 billion bail-out of selected stock broking firms. The logic and rationale of its decision fail public interest, fairness and social equity tests. If the concern of government is about the liquidity of the capital market, it cannot be addressed by rewarding excessive risk behaviour that could further jeopardize the future health of the financial system. This bail out of selected stockbrokers by government cannot be morally and economically justified. It should therefore be seriously reconsidered.