HELSINKI – Finnish mobile phone maker Nokia said it will cut over 1000 IT jobs, including 820 employees who will transfer to HCL Technologies and Tata Consultancy Services, as part of an already-announced restructuring. 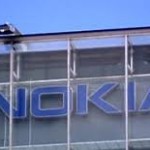 It said 300 jobs will be cut altogether, and that most of the reductions would be in Finland.