LAGOS: Controversies and high level of intrigue characterised the long awaited elections into the western zone chapters of the Association of Nigerian Licensed Customs Agents (ANLCA) which held today at the Trade Fair Complex in Lagos. 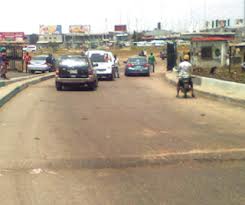 Biztellers correspondent who was on ground at the venue reported that the electoral process was full of complains and tension because many of the voters were disqualified on grounds unknown to them.

Many of the voters were also not allowed to come close to the venue as there was heavy presence of Nigerian Police officers, State Security Service (SSS) as well as the presence of the Nigerian army.

The highpoint of the election was the disqualification of Mr. Kayode Farinto who was running for second term at the Tincan chapter, Mr. Femi Anifowoshe, a chairmanship aspirant from Apapa chapter and Mr. Sunday Oyebola at PTML chapter.

Other developments which according to observers smered the election process was the cancellation of the Tincan election due to protests from aggrieved voters and the anulment of the KLT chapter election by ASECO because the two aspirants from the chapter alleged that the result was rigged.

Apart from these, the Idiroko, Ikorodu and Lilypond chapter elections were also postponed because the chapter executives failed to pay up their long acumulated association dues.

Meanwhile, the final results of all the chapters where election held saw Prince Bola Oyeniran as Chairman of PTML, Mr. Alloysious Nze emerging as chairman of MMA chapter as his opponent who was the incumbent, Mr. Livinous Dada was disqualified for failing to pay association dues.

Apart from this, some chapters did not have any chairmanship opposition and these includes the Ikorodu chapter, Mr. Tomi Aloba and the Idiroko chapter, Elder Timothy Abel.

Some aggrieved voters lamented to our correspondent that the election did not start on time because the accreditation process was carried out at snail speed.

Mr. Femi Anifowoshe who was disqualified at Apapa chapter lambasted the Board of trustee members and elders of ANLCA including the National President, Prince Olayiwola Shittu alleging that the election process was pre-arranged to disqualify some voters.

But for the presence of security officers at the event, the process would have turned into a bloodbirth as many of the voter were very enraged.

When Biztellers correspondent approached them for comments, National President of ANLCA, Prince Olayiwola Shittu who was at the election with chairman and member of the BOT of ANLCA, as well as the ASECO chairman refused to comment on the election process.