ABUJA – The Nigerian Government has signed an investment deal of $1bn (about N160bn) with General Electric of the United States.

The investment, according to the company, will make Nigeria a regional hub for manufacturing, service and innovation with an improved ability to support a broader range of product lines in power generation as well as oil and gas exploration and production.

The Minister of Trade and Investment, Mr. Olusegun Aganga, signed on behalf of the Federal Government, while the Chairman and Global Chief Executive Officer, GE, Mr Jeff Immelt, signed for his company. 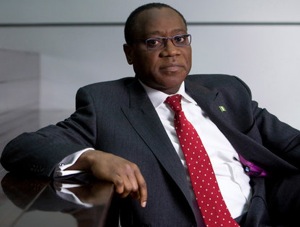 Speaking before the deal was consummated in Abuja, Immelt said of the $1bn, an initial commitment of $250m (N40bn) would be used to expand the company’s manufacturing and servicing capabilities in the country.

The expansion, he said, would include additional investment in its Port Harcourt and Onne facilities, as well as a new assembly and manufacturing facilities to be located in Calabar, Cross River State.

Apart from the initial $250m, the GE boss said over $800m incremental spending would be made within the next five years on local sourcing of goods and services, labour, staff welfare and training.

The investment, according to him, will also enable the company to create about 2,300 new jobs in Nigeria, adding that the training facility on its manufacturing site would help ensure employee development.

This, Immelt said, would significantly increase the local content of its operation in Nigeria, as its local sourcing of goods and services would increase from $4m (N640m) to over $60m (N9.6bn) annually.

He said, “The partnership between GE and Nigeria is a symbol of pride for both parties and a sterling example for others to follow. With supportive and experienced partners of GE’s calibre, Nigerians can rest assured that government is on the right path to deliver on the Vision 2020 and create a better life for all Nigerians.

“This planned investment of $1bn is part of the commitment we made when we signed the investment incentive Memorandum of Understanding with the Federal Government of Nigeria in 2009.

“We are committed to playing our part in the sustainable growth of the country and the positive impact this will have on Nigeria and the continent of Africa as a whole.