LAGOS – The latest drop in Nigeria’s oil and gas export may have further dented its reputation as a reliable energy supplier, at a time when demand for imports is falling in the United States and Asia has an increasing choice of suppliers.

Exxon last week warned customers of supply disruptions from its biggest oil stream, Qua Iboe, while Shell said gas supplies to one of the world’s largest Liquefied Natural Gas, LNG terminals would be delayed, both due to pipeline damage.

Nigeria’s oil has been highly sought after for decades by the United States because it is easy to refine into gasoline, but the world’s biggest economy is increasingly serving its fuel needs domestically. 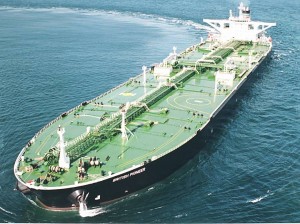 Asian buyers have a far greater choice of oil producers in Africa than a few years ago, especially West African neighbour Angola, which often provides China with more oil than Nigeria.

“The timing of the force majeure on Exxon Mobil’s Qua Iboe oil grades could not be more stark,” said Rolake Akinkugbe, head of oil and gas research at Ecobank.

“Nigeria’s first quarter in oil cargo market has already suffered a slump in demand mostly from North American and Asia.”

The latest outages follow a raft of problems at the end of last year when four oil majors – Shell, Exxon, Total and Eni – announced outages due to rampant oil theft and the worst floods Nigeria has seen in 50 years.

Ecobank estimates in the last year oil theft and pipeline vandalisation had cost Nigeria up to $7 billion in revenue out of its 2 million barrel per day crude export business.

Exxon said despite declaring force majeure – an inability to fulfill contracts due to unexpected events – on Qua Iboe exports, which can reach 400,000 bpd, it continued to produce the benchmark grade and the export terminal was open.

Traders said on Friday the outage will cause delays of four to eight days on affected cargoes. Nigeria LNG has cancelled a spot cargo tender slated for early March Due to Shell’s outage, piling further pressure on an already tight spot market.

Exxon only lifted a three-week long force majeure on Qua Iboe in December, which was caused by flooding and oil spills, which locals said is still being cleaned up.

“Since last year they (Exxon) have been battling with the cleanup and this has slowed down fishing around the Iboe rivers,” Inyang Ekong, head of a fishing union told Reuters.

Oil theft is a major problem in the winding creeks and waterways of the Niger Delta, where it is easy to conceal boats and illegal refineries in the dense mangroves. Nigeria estimates around 150,000 bpd is stolen, much of it sold abroad.