Brent above $118 as investors focus on North Korea seismic

KOREA – Brent crude futures rose and remained above $118 per barrel on Tuesday in thin trade due to Lunar New Year holidays in Asia, with investors focusing on seismic activity in North Korea that South Korea said indicated Pyongyang had carried out a promised nuclear test.

North Korea is not prone to seismic activity, and the USGS said the epicentre was close to the North’s known nuclear test site, Reuters stated. 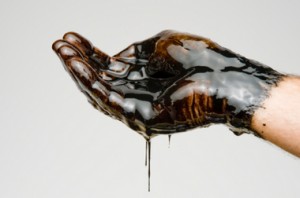 London Brent crude for March delivery, which expires on Wednesday, was trading 10 cents higher at $118.23 per barrel by Tuesday morning, after settling down 77 cents on Monday.

Brent is down 0.8% from a nine-month high above $119 hit on Friday, on the back of a surge in Chinese trade in January.

China and Singapore are among the Asian nations on holiday on Tuesday, with investors reluctant to take big positions.

According to Reuters, developments in the euro zone threatened to weigh further on equities and global oil demand. Germany, France and Italy are set to release their latest quarterly figures on gross domestic product, which are expected to point to a contraction in the three major European economies.

Oil markets were also monitoring developments in the Middle East, the news wire stated, with Israeli Prime Minister Benjamin Netanyahu saying on Monday that new centrifuges Iran was installing for its uranium enrichment programme could cut a third of the time needed to create a nuclear bomb.

Diplomats believe, however, that Iran may have resumed converting small amounts of its higher-grade enriched uranium into reactor fuel thereby slowing a growth in stockpiles that could be used to make weapons.

Oil markets were also focusing on weekly inventory data in top consumer, the US, with commercial crude oil stockpiles in the country expected to have increased 2.9 million barrels last week, according to a preliminary Reuters poll of four analysts on Monday.

Distillate stocks, which include heating oil and diesel fuel, were projected to be down 800,000 barrels on average, while gasoline inventories were seen to be unchanged.