LONDON – French giant Total saw profits fall in 2012, despite a rise in revenue, as impairments hit the company’s bottom line.

The company said flooding in Nigeria, disruptions related to security conditions in Yemen and the shut-down of production in Syria, as well as natural field decline and turnarounds added to the fall in output and offset the increased production from the start-up and ramp-up of new projects.

Hitting the company’s profits were special items which had a negative effect on net income of €1.5 billion last year, which included, amongst other items, an impairment of assets in the Barnett play in the US, provisions for abandonment costs relating to Elgin in the UK and a one-off tax of 4% on petroleum stocks in France. 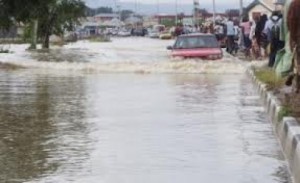 The after-tax inventory effect also had a negative result on net income of €157 million, compared to a positive effect of €834 million the previous year.

Total said changes in fair value also had a negative effect on net income in 2012 of €7 million, compared to a positive effect of €32 million a year earlier.

Adjusted net income however, which excludes the after-tax inventory effect, special items and the effect of changes in fair value, was up 8% year-on-year at nearly €12.4 billion.

The majority of that figure came from the upstream business segment which posted an adjusted net income of almost €11.2 billion, up from €10.6 billion 2011.

A rise in liquids and gas price realisations during the year helped offset a fall in production for Total’s upstream business segment in 2012.

This helped partially offset a 2% decline in production last year which averaged 2.3 million barrels of oil equivalent per day.

Besides the Nigerian factors, Total attributed the fall in production to last year’s blow out on the G4 well at the Elgin field off the UK which led to a major gas release and resulted in the field being shut-in since March.

“To successfully start-up projects, on time and in budget, for the group’s profitable growth over the coming years,” he said.

“To rely on a recently expanded exploration portfolio for more significant discoveries. And finally, to continue the restructuring of downstream activities for improved profitability and resilience in an evolving market.”

Total reaffirmed its production growth target for a 3% year-on-year increase between the period from 2011 to 2015.

It added that production in 2013 would be driven by projects which started up last year as well as the planned start-up this year of Anguille in Gabon, the Angola liquefied natural gas project, Kashagan in Kazakhstan and the extension of OML 58 in Nigeria.

The company also said it exploration budget would be increased this year to $2.8 billion as it looks to drill prospects in the Ivory Coast, Gabon, Kenya and Brazil.