ASABA — TWO neighbouring communities in Delta North senatorial district are currently at loggerheads over the proposed location of a flow station by an oil company which found oil in the area.

The situation has raised security challenges in the state, as youths from Abavo Kingdom had gone ahead to barricade the road, thus inhibiting the oil company, Pan Ocean, from doing business there. 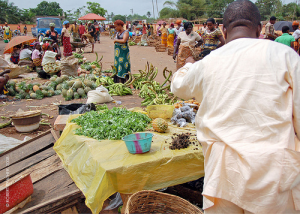 It was gathered that trouble started when the people of Abavo Kingdom in Ika South Local Government Area of the state, noticed that there was an attempt by the company to locate its flow station at Owa Alidinma, in Ika North-East Local Government Area and not Obiayima, which, they (Abavo) considered as appropriate because of the quantum of oil found on their land.

As a result of the protest by the Abavo people and subsequent blockage of the road, the Department of State Security, DSS, invited the warring communities to a peace meeting two days ago. Details of the meeting were, however, not made public at press time.

Meantime, addressing newsmen in Asaba, spokesman of Senator Ifeanyi Okowa, representing Delta North, Mr. Eugene Azuka, said it was not true that he was trying to influence the proposed location of the flow station at Owa Alidinma as against Obiayima.

He said: “The allegation was politically motivated and we demand an apology because at no time did the lawmaker approach the company with such a request.”