LAGOS – Nigeria’s President Goodluck Jonathan has insisted on a full removal of subsidy on petroleum products. 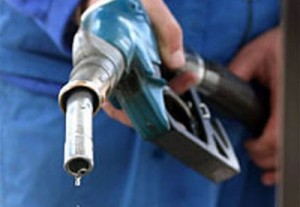 Jonathan said at the Nigeria Summit 2013, organised by The Economist of London in Lagos that the country must do away with fuel subsidy, though this would be after due discussion of the matter with the public on the easiest way to go about it.

His statement is coming in the wake of a ruling by a Federal High Court in Abuja, barring the government from deregulating the dowstream petroleum subsector and removing subsidy on fuel.

“We cannot continue to waste resources meant for a greater number of Nigerians to subsidize the affluent middle class, who are the main beneficiaries,” Jonathan said.

An attempt by the Jonathan administration to remove fuel subsidy on January 1, 2012 led to massive, nationwide protests, which saw the government resorting to an increase in fuel prices, rather than total deregulation as it had planned.

Petrol price was set at N97 per litre, up from N65 prior the national protests.