LAGOS-THE National Economic Council (NEC) rose from its 65th meeting on Thursday in Abuja, with an approval to engage two audit firms to conduct forensic audit on 81 government revenue generating agencies.
The approval followed submission of an interim report by the ad hoc committee of NEC, chaired by Governor Adams Oshiomhole of Edo State, to review the management of the Excess Crude Account and remittances into the Federation Account. 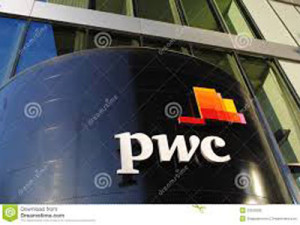 Governors of Jigawa, Alhaji Baderu Abubakar; Anambra, Willie Obiano; Lagos, Akinwumi Ambode; and the Minister of Budget and National Planning, Senator Udoma Udo Udoma, said this in their joint briefing to State House Correspondents.
According to the Lagos governor, 18 core revenue generating agencies, such as NNPC, will be audited by KPMG, an international audit firm, while an indigenous firm, SIAO, will audit other non-core revenue generating agencies.
The governor said that NEC would take further action on the agencies after the firms had completed the forensic auditing.
The Jigawa governor said that the Accountant-General of the Federation reported to council that as at December 31, 2015, the Excess Crude Account stood at $2.26 billion.
The governor said that the Central Bank Governor, Mr Godwin Emefiele, informed the council of the standing of the bailout funds given to states.
He said that 23 states had benefitted from the N10 billion each, Excess Crude Account-backed soft loan, while a total of 28 states benefitted from the Presidential bail out for the payment of salaries and gratuities.
Obiano gave a report concerning some MDAs collecting revenue in foreign currency and remitting in local currency into the Federation Account.
Obiano said the permanent secretary, Finance, reported that besides NNPC, NIMASA and NPA, other agencies involved in such revenues were FIRS, Shippers Council, Airport Authority and Nigeria Immigration Service.
Obiano further said that the official reported that the introduction of the Treasury Single Account (TSA) had resolved the problem as all account was now under the CBN.
He also said that the Vice President, Prof. Yemi Osinbajo, who presided at the NEC, reiterated the Federal Government’s policy that NNPC and other agencies must present budget for approval before spending in line with the TSA.
Udoma hinted on the 2016 Budget focus of the administration, saying that plans were on to foster macro-economic stability conducive to the grow of the GDP at 4.2 per cent.
He said the budget’s objective was to deliver inclusive growth to Nigerians, create sufficient jobs and build an economy less vulnerable to oil price shocks.
According to Udoma, while government intends to ensure more revenue drive, it will not increase taxes, but strive to raise the collection of VAT from its 20 per cent level.