By Chinyere OKOROAFOR
ABUJA-THE Nigerian National Petroleum Corporation (NNPC) has expressed its determination to complete the ongoing gas projects aimed at linking gas-to-power and gas-to-industries to boost the national economy.
Making a presentation during the Senate Committee on Gas oversight visit to the NNPC Towers in Abuja, the Group General Manager, Gas Infrastructure Development, Engr. Farouk Said noted that the NNPC is currently undertaking six priority gas projects that would reposition the country for profitability. 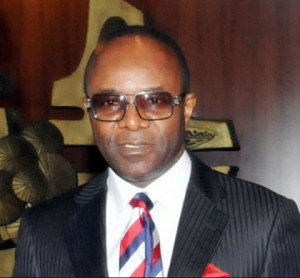 Engr. Said explained that the current gas infrastructure projects being executed are in tandem with the Gas Master Plan which was approved by the last Federal Executive Council adding that the plan would have a spin off effect on the Gross Domestic Product (GDP) of the country.
“In line with the mandate of GID, we are currently executing six critical gas infrastructure projects. Four of them are pipeline projects; the others are the Gas Revolution Industrial Park (GRIP) and the Western and Central Processing Plants, “Engr. Said informed.
He stated that the Escravos Lagos Pipeline System II (ELPS) is a 36 inch diameter and 342 kilometer pipeline which traverses Delta, Edo, Ondo, Ogun and Lagos States stressing that the project is expected to be commissioned in the second quarter of this year.
Engr. Said noted that when completed, the ELPS II would double the capacity of the existing ELPS which currently supplies 1.1 trillion standard cubic feet of gas per day noting that the pipeline would serve as a back bone of power supply as most of the power plants are located along the ELPS axis.
On the Gas Revolution Industrial Park (GRIP), Engr. Said noted that “we have completed concept master plan; we have also done ground breaking ceremony. We have cleared 535 hectares of the land out of the 585 hectares earmarked for GRIP.
Nigeria Export Processing Zone Authority (NEPZA) has also appointed a developer and an alignment meeting has been scheduled for the end of February 2016 where all the stakeholders would get together including the investor to factor the way forward for the project.”
Earlier, the Group Executive Director, Exploration and Production, Dr. Maikanti Baru said the gas infrastructural projects when completed would boost power supply, generate employment and provide a veritable platform for export of petrochemical products from Nigeria.
In his remarks, the Chairman of the Senate Committee on Gas, Senator Bassey Albert Akpan said the visit was an eye opener assuring that the Senate is prepared to support strategic efforts of the NNPC to industrialize Nigeria.
“We encourage the management of NNPC to remain focused on the critical gas infrastructure, the continued display of transparency and accountability in its business module implementation,” Sen. Akpan noted.
Other members of the Senate Committee on Gas who visited the Corporation include Senators Barnabas Gemade, Ibrahim Umar Kurfi, Hope Uzodinma, Mathew Urhoghide, Danjuma Laah and Foster Ogola.