LAGOS-Nigeria, which recently lost its Africa’s top oil producer status to Angola on the back of huge decline in its output, stands a chance of losing some of its traditional buyers to rival producers such as Iran and Saudi Arabia, industry experts have said.

Following the spate of production disruptions largely caused by the recent upsurge in militant attacks on oil infrastructure in the Niger Delta that have cut Nigeria’s output to the lowest in almost three decades, exports of the commodity from the country have taken a serious beating. 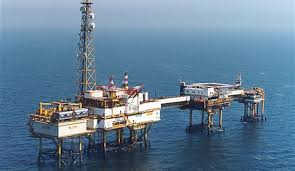 The nation relies heavily on earnings from oil exports, and the production cuts come as an additional headache for an economy that is already suffering from the sharp drop in oil prices since 2014.

Currently, four of the nation’s five largest export streams have been totally suspended as Forcados, Qua Iboe, Bonny Light and Brass River are under force majeure – a legal clause that allows the exporters to stop shipments without breaching contracts.

All but that of Qua Iboe was as a result of militant attacks.

Iran, which is engaged in a battle for market share in a bid to regain customers after years of curbed oil sales that crippled its economy, has ramped up its production and exports. Saudi Arabia, the biggest producer in the Organisation of Petroleum Exporting Countries, does not look set to rein in production.

An oil expert and Professor of Law and Co-Director, Institute for International and Immigration Law, Thurgood Marshall School of Law, Texas Southern University, United States, Emeka Duruigbo, in an emailed response to questions from our correspondent, said, “There is a real struggle to acquire or maintain market share by existing or fully returning players, notably Iran and Saudi Arabia.

“Venezuela is facing severe budgetary constraints verging on an economic calamity, a problem that can be ameliorated by extra income from additional oil sales, especially outside its OPEC quota.”

While noting that the US had recently removed a decade-long prohibition on export of crude oil, Duruigbo said, “Any opening created by Nigeria’s inability to meet its supply commitments is an invitation to these countries to exploit the gap and leverage their strengths. I would be deeply concerned if I were manning Nigeria’s economic ship at the moment.”

The Minister of State for Petroleum Resources, Dr. Ibe Kachikwu, had on May 16 put the drop in the nation’s oil output at 800,000 barrels per day following attacks and disruption of production in the Niger Delta.

With more disruptions seen since then, the nation’s output is said to have plunged by about 1.1 million bpd.

The Head of Energy Research, Ecobank Capital, Mr. Dolapo Oni, said, “Since that supply is no longer available for the market, it will give room for other producers such as Iran and Saudi Arabia to ramp up production and fill the gap. And that is what I expect to happen.

“There is a risk that Nigeria may lose its market share to those countries. But countries such as India like Nigerian crude,” he said, adding that other buyers in Asia such as Malaysia and Singapore might turn to other producers for their imports.

Iran is fulfilling its pledge to raise oil production and exports almost six months after western sanctions on the nation were lifted, surprising many analysts and commentators, the Financial Times reported last week.

Iran was said to have shipped more crude oil to India, China and other countries it was permitted to sell to under sanctions. It has also re-established relationships with European buyers and secured new sales agreements with big international oil traders such as Vitol and Glencore, as well as energy majors such as Repsol of Spain.

Meanwhile, imports of Nigeria’s Liquefied Natural Gas by Japan fell by 22.3 per cent from a year earlier to 143,347 metric tonnes in April, according to Platts.

Japan’s LNG imports reached 6.4 million metric tonnes in April, down 3.3 per cent from a year ago, led by lower supply from Qatar and Nigeria, data released on Friday by the Ministry of Finance showed.