ABUJA-THE Federal Government has constituted a 16-man technical committee on the implementation of palliatives designed to cushion the effect of the increase in the fuel pump price from N86 and N86.50k to N145.

The Deputy Director in charge of Media at the Federal Ministry of Labour and Employment, Mr. Samuel Olowookere, said in a statement on Wednesday that the committee would be inaugurated on Thursday. 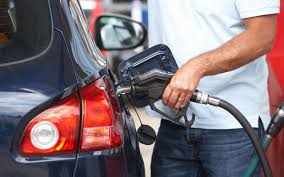 He said that the committee, headed by the Minister of Labour and Employment, Dr.  Chris Ngige, had a representative of the Office of the Secretary to the Government of the Federation Prof, Adamu Usman, as Secretary.

According to him, other members representing the Federal Government on the committee are the Minister of State for Petroleum Resources, Dr. Ibe Kachikwu, Minister of Budget and Planning, Sen. Udo Udoma, Minister of Finance, Mrs. Kemi Adeosun, Minister of Solid Minerals, Dr. Kayode Fayemi, the Chairman of National Salaries and Wages Commission, Chief Richard .O Egbule and a representative of the Office of the Head of Civil Service of the Federation.