ABUJA— NIGERIA has lots about $5.9 billion to stolen crude oil over the past years, just as the major oil producing country seems to lack adequate knowledge on it oil production quantity, a situation which poses grave danger to accountability according to the Nigeria Extractive Industry Transparency Initiative, NEITI.

The revelation came as the Senate sets up a nine-member ad-hoc committee to probe the 2013 audit report of the federal government agency. 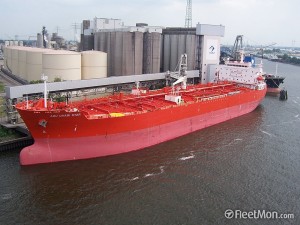 The NEITI Executive Secretary,Waziri Adio, who disclosed this when he appeared before the Senate in plenary to explain brief it on the 2013 NEITI audit report, said the country was yet to know its oil and gas production capacity. The Senate decision to investigate the report came after Adio took over two hours to explain what he knew about it. Speaking, Adio, while regretting the level of mismanagement of resources in the oil and gas sector of the nation’s economy over the years, insisted that the country has no specific record of its quantity of oil produced over the years. He said the NEITI 2013 Industry audit reports showed that revenue in the oil and gas industry were not fully remitted to the Federation Account, adding that the danger posed to the economy due to the misappropriation of these funds were much.

Senate President, Bukola Saraki, who presided over the session, said the issues raised by the NEITI boss was grave and must be looked into. Following this, he set up the committee, cutting across nine different standing committees, as he remarked that in view of the enormity of the money involved, the general opinion was that an ad hoc committee be set up to probe the report.

He said the terms of reference of the committee, led by the Chairman, Senate Committee on Petroleum Resources ( Downstream ) Senator Jibrin Barau, would be to re-examine the financial processes and the fiscal audit report of NEITI.

The Senate President also said the committee would look into the financial loss and leakages to government in all its ramifications, the remedial measures and come up with sanctions where necessary. He noted that the committee would determine any relevant legislative action that would be required to block all forms of leakages.