LAGOS-THE Association of Bureau De Change Operators of Nigeria has called on the Central Bank of Nigeria to grant it licence to operate as a primary dealer in the interbank foreign exchange market.

The President, ABCON, Alhaji Aminu Gwadabe, who disclosed the group’s position, said as a major and critical stakeholder in the forex business, it would be against standard business practice to exclude bureau de change operators from the workings of the new CBN forex policy. 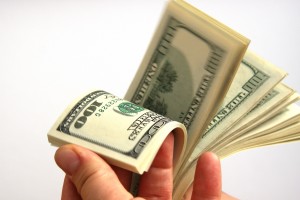 He said such licence would enable BDC operators access Diaspora remittances estimated at $21bn annually and by extension, deepen dollar liquidity in the system.

The association said the CBN should grant it self-regulatory status that would enable it monitor and supervise its members’ compliance with the extant regulatory requirement on the new forex regime.

According to him, there are about 3,000 BDCs under the ABCON umbrella, and the primary dealership licence will be in the interest of the financial system and the economy.

The FXPDs are registered authorised dealers designated to deal with the CBN on large trade sizes on a two-way quote basis. They will serve as the bulk traders dealing directly with the CBN on forex matters.

Gwadabe faulted the stringent conditions for qualification as an FXPD, saying it would establish a new cartel in the banking industry and place only a few banks in advantaged positions.

The ABCON boss said the role of the primary dealers should be to boost offshore dollar inflow into the economy, rather than buying the limited dollars from the CBN.

“I see the FXPD policy as formalising the operations of the black market unless more operators are licensed to run it. The policy has already created cartel and monopoly to select few in the financial market,” he said.