Amendment of NLNG Act will cost Nigeria over $25b – NLNG MD

LAGOS-ANY tinkering of the Nigeria LNG (NLNG) Act of 2004 will violate bilateral agreements with international investors as well as cost the country a huge $25 billion in foreign direct investment (FDI) and fines running into billions at the International Courts, says outgoing Managing Director and Chief Executive Officer of NLNG, Babs Omotowa.

Omotowa said this in Lagos , Thursday, at the National Association of Energy Correspondents (NAEC) Annual Conference.

Omotowa, who was the chairman at the event, has been the Managing Director for NLNG for some five years and will be handing over to incoming MD, Tony Attah, on September 1, 2016. 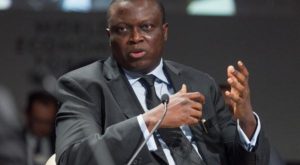 Speaking during his address to top executives in the oil and gas industry in Nigeria, Omotowa said NLNG, through its expansion growth programme which involves the expansion of production capacity of the LNG plant in Bonny, Rivers State with a Train 7 and 8, could attract $25 billion, create 30,000 construction jobs, help to further reduce gas flaring, and generate over $1billion to $2billion additional revenue to the country in taxes and dividend.

“In a period of huge youth unemployment and need for more revenue, this should really be a cause we should have all hands on deck for especially as NLNG has demonstrated its pedigree having attracted $15billion in foreign investment, grown from a 2 Train to a 6 Train plant, contributed to reducing gas flaring from 65% to below 20%, delivered $33billion to Nigeria from a $2.5billion investment.

“This potential $25billion in investment, creation of 30,000 jobs, reduced gas flaring, etc is being put in jeopardy by attempts to renege on promises that Nigeria gave to foreign investors that enabled the historical $15billion investment historically attracted.

“Whilst the Executive has demonstrated full commitment to the need to keep the sanctity of the NLNG Act, the attempt by the Legislature to amend the clear promises made to investors will cost the country quite a lot. Apart from the relocation of investments in excess of $25billion to other countries, Nigeria will also be opened to fines running into billions of dollars in International Courts for reneging on agreements. Such incentives in the NLNG Act are normal in the LNG world including in Qatar, Oman, Malaysia, Angola, etc. Even in Nigeria, more generous incentives are contained in legislation such as the Oil & Gas Free Trade Zone Act,” he said.

“This period of low oil price is not a time to jeopardize Nigeria’s long term interests by showing Nigeria as a place not to be trusted, and projecting our business environment as unconducive,” Omotowa added.

Analysing the unfortunate trend of declining oil and gas prices globally, he said the crisis was responsible for the recession currently experience in the country because of the mono-product structure of the economy which left development in the other parts of the economy stunted.

“We must, as a country, move past sloganeering and tokenism, and double down on planning and execution. “Never let a good crisis go to waste” said Winston Churchill. The current crisis provides a good opportunity to resolve a raft of underlying issues – economic diversification, looking inward and developing areas of natural strengths, fiscal stability, creating a conducive environment for business, and ensuring our reputation as a country to be trusted, and as a place where investments should flow into. This crisis gives us a good opportunity to pause, reflect and reset. By putting the interest of the country first we will be able to not let this crisis go to waste,” he said.

The Minister of State for Petroleum, Dr Emmanuel Ibe Kachikwu, in his keynote address, assured that the Federal Government was in solidarity with NLNG on ensuring that Nigeria’s contractual agreements are honoured. He added that reforms in the industry can’t be done on the altar of investments, instead collaboration, creativity and reality should be applied.

The National Association of Energy Correspondents (NAEC) conference serves as a platform for interaction between industry leaders and the media. The conference focuses on key issues in the Nigerian oil and gas industry and synergizes stakeholders on finding long lasting solutions.