LAGOS-OILFIELD services group Baker Hughes reported on Tuesday a lower-than-expected adjusted net loss for the third quarter, but said that its North American business will only slightly grow in the fourth quarter in a persisting tough pricing environment.

Baker Hughes today reported an adjusted loss attributable to the company of US$0.15 per share, up from the US$0.05 loss per share for the third quarter of 2015, but down from the US$0.90 per-share loss for the second quarter this year. This quarter’s loss compares to an average analyst estimate for a loss of US$0.44 per share. 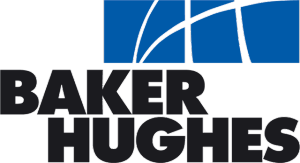 Including after-tax charges of US$365 million related to asset impairments, restructuring, litigation settlements, and goodwill impairment, Baker Hughes booked a net loss of US$429 million, versus a US$911-million loss for the second quarter.

The group’s revenue of US$2.353 billion – which fell slightly short of the US$2.41-billion analyst estimate – dropped by 2 percent on the quarter and by 38 percent on the year. Baker Hughes attributed the sequential drop to lower activity, mostly in the Gulf of Mexico, Norway, and West Africa deepwater operations, coupled with higher pricing pressure. In the third quarter, activity in some areas increased compared with the second quarter, mostly in the U.S. onshore business, and in Canada, Saudi Arabia, and Kuwait.

The group’s North America revenue came in at US$674 million, and despite the fact that it increased by 1 percent over the second quarter, the “competitive landscape remains challenging across the entire segment,” Baker Hughes said in its earnings release. The uptick was due to the onshore activity in the U.S. and a seasonal increase in Canada, but they were almost completely offset by a “steep decline” in the Gulf of Mexico.

Baker Hughes, which called off a planned merger with Halliburton in the second quarter due to regulatory hurdles and depressed industry conditions – said that it expects its North American business to “modestly increase” in the last quarter of the year, with customers slowly going back to work, but warned that the pricing environment remains “tough”.