ABUJA – The Director-General of the Bureau for Public Enterprises, Mrs. Bolanle Onagoruwa, on Monday insisted that the Federal Government was going ahead with the full privatization of the power sector including the transfer of all former staff of the Power Holding Company of Nigeria, PHCN, to the successor companies.

Onagoruwa, who spoke to journalists in the background of a visit by the United States Assistant Secretary of State, African Bureau, and a delegation of energy investors, to the Minister of Power inAbuja, also noted that Bureau has almost completed work towards easing fresh bidding process within the sector.

She noted that, “We are now responding to the documents that have been sent so that by the time they get the actual bid process, we won’t spend too much time trying to negotiate documents, that would have been done and that’s the process that we are doing right now. 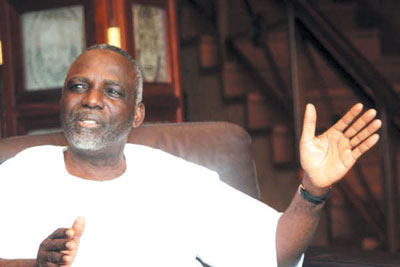 “Before the end of this year, maybe by July, we would have reached that process. We have gone far. We are now at the phase of sharing what we call industry documents to the investors. We have sent the first set of industry documents, all the legal agreements to the investors; they come back with their comments. We are now responding to the comments and the documents so that by the time we start the bidding process, we won’t spend too much time on documents.”

Onagoruwa noted that there have been challenges in the process noting, however, that the Bureau has met with them every step of the way. “We have made significant progress in terms of dealing with outstanding issues, dealing with labour, getting labour to do the biometrics and you can see that the process is very much now at full speed. We do believe that at the end of this year, this process would have been completed,” she stated.

She added that, “With the conclusion of privatization process with regards to PHCN, it means that the workers will start to work with the new investors. That is the transition process that would indeed take place. Apart from that, we have just done the biometrics and we have an idea of how workers there are and we have to determine how much is payable. The staff would definitely be transferred to the companies.

“It is an ongoing process.  What we have left now is the headquarters staff which needs to be done now as part of the process,” she added.

“They want to know what is happening and they want to show support for investors coming fromAmericawho want to take part in this process. Our job is to make it easier for them to come here, create an enabling environment for the, open our doors, help them facilitate all the things that they need to do so that it can be an easier process for them to do business in Nigeria.”

Speaking on the framework for sustaining the reform within the power sector, the BPE boss said it was in line with the policy of the Federal government.

She noted that, “Continuity is key; if we want the international community to take us seriously we need to sustain this. I believe that any serious government that comes in the future would see the beauty of what we have done so far.”