The Federal Government has earmarked about $1 billion to be invested in the Inland Revenue and Chad Basin for the development of the oil and gas sector in the next four years.
The Minister of Petroleum Resources, Diezani Alison-Madueke disclosed this yesterday while presenting a paper titled: “State of the Nigerian Oil and Gas Industry’’, at the Nigerian Oil and Gas (NOG) conference in Abuja. 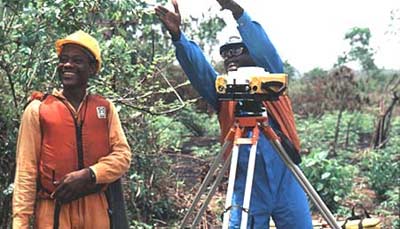 She explained that the $1 billion will be used for data gathering, data analysis, drilling and seismic over the next four years. According to her, “We are presently focusing deeply into investing into the country’s inland revenues and basins in the next four years. Similarly gas has also increased tremendously by more 70 per cent which is about 21.2 billion standard cubic feet per day in 2011.

This is the first time the industry supply witnessed more of domestic gas which is being consumed by the power and industrial sectors,’’ she said.
She assured the present stakeholders that exploration will continue in Chad and other frontier basins at this time, adding that the Nigerian National Petroleum Corporation (NNPC) and its Ministry has concluded arrangement for advance seismic accusation and processing to enhance ongoing energy evaluation.
“The major evaluation of the industry was achieved by the arrival of the FPSO USAN into the Nigeria water when the completion is done in a week’s time, the Nigeria’s daily oil production will increase tremendously,” she stated.
She opined that the present gas supply to power generation will be sustained, adding that the volume of gas attainment in the sector is unprecedented. “Having attained the level of gas we are now, we are presently experiencing some technical challenges which we are working aggressively to address. By 2011 three gas purchase agreements between Shell, Chevron and Pan Ocean were signed”.
The Minister argued that the major challenges confronting the government are pipeline vandalism, adding that over 111 bunkering sites were destroyed in the Niger Delta.
“There will be more products at our inland depots due to the operation of the Kaduna refinery which will increase the domestic production in Kano, Suleja and Gusau. The contract for the protection of all crude pipelines in the country is in on now in other to increase local refineries,’’ she added.