ABUJA – The Federal government announced that it has approved a development plan for the execution of the Bitumen Project as part of efforts of the minerals and metal sector to create an avenue for the diversification of the nation’s economy in line with the transformation agenda of the present administration. 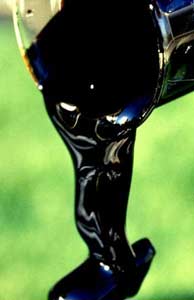 Minister of Mines and Steel Development, Arc. Musa Mohammed Sada made the disclosure when he received in audience the Canadian Deputy High Commissioner to Nigeria, Mr.  Jean Gauthier in his office, in Abuja.

Arc. Sada explained that the development plans approved by President Goodluck Jonathan called   for timelines for the actual exploitation of the bitumen resource in the country.

According to him, “A comprehensive plan for the development of the nation’s bitumen resources has been developed and has been approved by the President. It is important to note that this programme has been in existence for decades, but has to be revised to meet modern economic and development realities facing the country.”

He stressed the commitment of government to pursue an aggressive promotion of the nation’s mineral resources, adding that the forthcoming Prospectors and Developers Association of Canada (PDAC) Convention in Toronto, Canada, would be a plausible platform to draw investors to the sector.

The minister noted that “Apart from oil and gas, the nation’s minerals and metal sector is being looked at as a viable alternative source of revenue generation. Also, the expectation is for us to play a major role in seeing that sources of income for the country are expanded.”

The minister expressed appreciation for the visit  of the Canadian Deputy High Commissioner to Nigeria and the support enjoyed so far from the Canadian government  towards the development of the nation’s minerals and metal sector, saying that, the ministry was hopeful of further assistance on how to move  the nation’s Bitumen Project forward

He said three Canadian mining companies have already indicated interest in developing the bitumen project in Nigeria, adding that, the forthcoming International Mining Convention under the auspices of the PDAC in Toronto, Canada from March 4-7, 2012 would provide the opportunity to showcase the investment potentials in the Nigeria’s minerals and metal sector to attract foreign investors.

The minister also noted that the ministry through its Sustainable Management of the Mineral Resources Project of the World Bank was already working with various Canadian companies for their consultancy services.

He added that having put in place the necessary institutional and legislative frameworks for the nation’s minerals and metal sector, it is timely for the government to attract Canadian investors who have an idea of the mineral resource endowments in the country.

Arc. Sada who thanked the Canadian government for their efforts in bringing in Canadian investors to develop the nation’s minerals and metal sector, said the ministry had concluded arrangements to have a successful outing in the forthcoming International Mining Convention (PDAC) in Toronto, Canada.

He said Nigeria was hopeful of getting opportunity to have business discussions with prospective mining investors on how to grow the minerals and metal sector of the economy.

The minister decried series of participation of the country in previous international mining conventions (PDAC) in Canada without any remarkable result, expressing optimism that, the forthcoming mining convention would bring in credible investors to develop the mining sector.

Earlier in his remarks, the Canadian Deputy High Commissioner, Mr. Jean Gauthier said the purpose for the visit was   to foster collaboration with the Nigerian government for the development of her minerals and metal sector.

PDAC is a yearly event that normally attracts over 100 countries since its inception 39 years ago to present the opportunity of sharing ideas and networking on new development in the mining industry.