IRVING, Texas-Exxon Mobil Corporation announced today the election of Henrietta H. Fore to its board of directors. Ms. Fore is chairman and chief executive officer of Holsman International, an investment and management company. 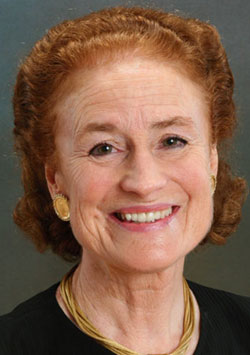 With Ms. Fore’s election, the ExxonMobil board stands at 12 directors, 11 of whom are non-employee directors.

Ms. Fore served from November 2007 to January 2009 as the first female administrator of the United States Agency for International Development (USAID) and as director of U.S. Foreign Assistance. Previously, Ms. Fore served as undersecretary of state for management, the chief operating officer for the Department of State, and as the 37th director of the United States Mint in the Department of Treasury and was elected president of the International Mint Directors.

Ms. Fore was named global co-chair, and first woman co-chair, of the Asia Society. She is co-chair of WomenCorporateDirectors. She is a trustee of the Center for Strategic and International Studies and the Aspen Institute, and is a director of numerous humanitarian efforts, such as the Clinton-Bush Haiti Fund, the Committee Encouraging Corporate Philanthropy, North Africa Partnership for Economic Opportunity and the Center for Global Development.

She serves on the boards of Theravance, Inc., a biopharmaceutical company specializing in commercialization of small molecule medicines, and Diagnostics for All, a non-profit organization seeking to create affordable diagnostic devices for the developing world.