ANNALYSES
This report takes a critical look at Nigeria’s crude oil production and how a whopping 150,000 bpd remains the exclusive preserve of organised oil thieves while the government seems to be at a loss with strategic ways of nipping this nefarious act of economic sabotage in the bud.…
SOMETIMES in the year 2011, Shell, a major operator in Nigeria’s upstream oil sector raised an alarm over the activities of oil thieves on some of its flow lines running through the creeks of the Niger-Delta and the dent it brings to its operations and the economy in general.
In an effort for this not to be a wolf cry, this operator decides to take both Nigerian and foreign journalists on a helicopter over-fly across these danger zones.
Destination was the Cawthorne channel and environs, flight time was about 25 to 30 minutes and all through the flight journalists had the opportunity to visualize first-hand, the daylight rape on Nigeria’s economy by organized criminals whose negative activities currently costs the Nigerian state a whopping 150,000 barrels of crude oil daily. 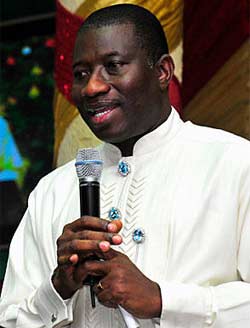