As NUPENG puts strike on hold

ABUJA-The Management of the Nigerian National Petroleum Corporation, NNPC  has cautioned members of the public to refrain from hoarding and panic purchase of petroleum products following recent reports that  the National Union of Petroleum and Natural Gas Workers, NUPENG is set to embark on a nationwide strike from Wednesday. 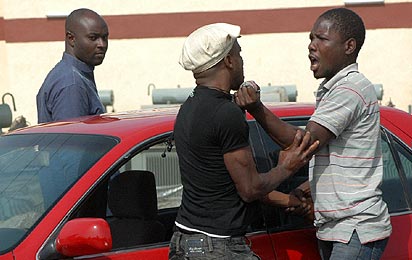 In the last few days the news media was awash with reports that NUPENG is embarking on strike in solidarity with the Jetty and Petroleum Tank Farm Owners of Nigeria, JEPTFON over a lingering debt issue with some financial institutions.

But in a press statement circulated to Journalists in Abuja, Group General Manager, Public Affairs Division of the Corporation, Dr. Levi Ajuonuma, explained that consumers of petroleum products have no cause to panic as NUPENG has since put the strike on hold following the intervention of Government and all other stakeholders in the industry.

“I want to assure everybody that there is no need to scramble for petroleum products as we have enough to go round. The government has opened a communication channel with NUPENG and they have since put the pending strike action in the cooler to allow for more positive engagement with government,’’ Dr. Ajuonuma stated.