Once the crises in Nigeria’s power sector have been resolved, the country hopes to start exporting power beyond the West African region to Central and South African countries as well, the Minister of Power, Prof, Bart Nnaji has said

The Minister, who said this on Friday, at the just concluded, Commonwealth Energy Summit, in London, also, raveled that notwithstanding the fact that Nigeria barely has sufficient power for its people, it is currently selling power to two countries, Benin and Niger, under the West Africa Power Pool, WAPP. 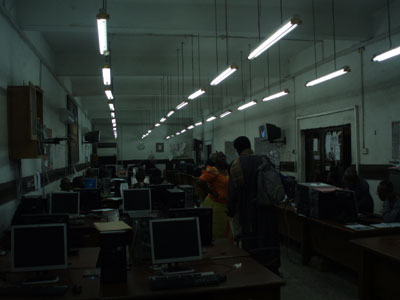 He, however, said that the export of electricity to these other Africa regions will depend on the delivery of Nigeria’s electricity transmission super grid, estimated to cost about $5billion.

The  issue of the super grid is becoming controversial in view of not only the cost implications, but also the fact that the nation’s National Grid is weak and responsible for close to 45 percent technical losses, which have not been fortified.

Besides,critics of the project noted that the fund could have been deployed into other national electricity projects rather than embarking on such a huge power projects, which require much higher technology that even the advanced countries shy away from. Britain, with all its electricity strength only recently completed its super grid.

But the minister, who spoke during the plenary on Opportunities in Nigeria, is optimistic about the super grid, in terms of the envisaged revenue generation for the federal government.

He said, “We want to create highways for the export of power in Africa and the transmission highway will be done and the tariff will be governed by the same principles that govern such services,” adding that already, Nigeria has opened discussion with the Congolese Government on the possibility of transporting power through its Inga Dam..

With regard to the “The idea of the pool is that it is important  for West Africa to have such a pool, and will become more efficient with the super grid.

He said that this part of the targets for the ongoing reform in the power sector as captured in the Electricity Power Sector Road Map, which was launched almost two years ago.

“Each member country has a representative in the commission and decisions are taken based on agreements,” he added.

Besides, he noted that the pool is a country to country issue based on bilateral agreements.

Already, speakers from other participating African countries including Ghana, Cameroon, Mozambique, and Uganda stressed the need for regional power pools to enhance development in the continent.

They argued that the sharing of such power will also enable the beneficiary countries to deliver power to its people at a much cheaper rate, since African countries share similar issues on power such low generating capacities, weak networks leading to technical losses as well as poor infrastructure.