Workers in the oil and gas industry in Nigeria, especially expatriates workers, are the highest paid compared to their counterparts in other parts of the globe, says a research report published by Curzon Partnership, a recruitment consultant.

The report blamed the development on shortage of skilled local manpower, cultural differences and the high number of projects needing expatriates. 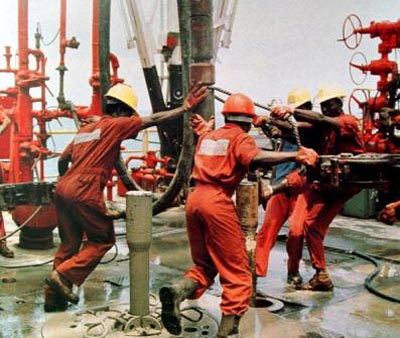 According to the report, a typical oil worker in Nigeria earn about N80 million ($500,000) a year or N6.67 million a month, chalking up the biggest premium for working abroad over salary levels in Britain, Libya, Iraq and other parts of the world.

The report said oil and gas workers from developed nations working in Nigeria are highly paid because of the number of projects that need international staff, local skills shortages and big cultural differences.

The report further stated that a typical senior oil and gas employee in Nigeria will receive a supplementary country premium worth 45 per cent of base pay, taking the total salary to N72.7 million ($454,400) a year or N6.06 million a month.

Commenting on the report, Helen Di Mauro, a partner at Curzon Partnership, said, “The pay package in Nigeria trumps packages for executives working in Libya or Iraq, who could expect a total salary of around N56.78 million ($354,900) or N4.73 million a month.

“Whilst Lagos is an exciting and well established place to work for expatriates, oil & gas companies recognise that the incentives have to be high, because life as an expatriate in Nigeria is so different from countries with broader industries and higher standards of living.

This contribution to GDP and the huge pay earned by expatriates is in stark reality to the massive environmental degradation and high poverty level in the Niger-Delta region, the major oil producing region in the country.

The government, oil corporations and other stakeholders in the sectors have been criticised for their inability to implement reforms aimed at developing the Niger-Delta and for addressing the issue of environmental degradation caused by petroleum exploration activities in the region