FG to partner with private investors in minerals and metal sector

—Urges use of coal for power generation by mining operators

The Federal government said it was willing to work with private development partners to ensure that the minerals and metal sector contributes significantly to the nation’s economic development.

The Minister of Mines and Steel Development, Arc. Musa Mohammed Sada dropped the hint during his visit to Dangote Cement Group in Ibese, Ogun State as part of his official tour of the South West part of the country. 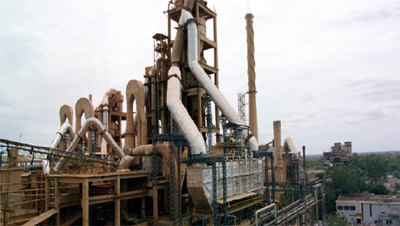 The Minister who expressed delight at the progress made so far by the cement company, pointed out that due to the level of involvement of mining operators such as Dangote cement Group, they are not just stakeholders but development partners in the sector.

Arc. Sada said government as a regulator in the minerals and metal sector of the country would continue to partner with development partners so as to move the sector forward.

According to him, “I believe with partners like Dangote Group, our economy will grow. The Group’s level of involvement in the sector is great; it is not just stakeholders but development partner, we will continue to partner and encourage Dangote Group, until the country gets to where it is supposed to be by the  year 2020.

The minister said his official tour of the south west of the country indicated that some of the mining operators were willing to take up the challenge of growing the minerals and metal sector of the   country.

He noted that, “As we can readily see, apart from exploiting one source of mineral, the company was extending its operations using coal as an alternative source of power, what we can see shows initiative drive and that is something that the Jonathan led Administration will want to see happening and it is happening”.

He expressed optimism that with the mindsets of development partners and the successes recorded so far in the minerals and metal sector, the country would be transformed economically.

Earlier in his address, the president of Dangote Cement Group,Alhaji Aliko Dangote who was represented by a Director in the group, Alhaji Isa Tata said the successful completion of the plant was in fulfillment of the desire to ensure the nation is self sufficient and stops further importation of cement.

In his presentation, the Chief Executive officer of Dangote Cement Group,Siharan Kumar said the group produced an average of 6 million metric tons of cement per annum.

Mr. Kumar said the group with the working capacity of 700 people, mostly Nigerians had a cordial relationship with the host communities in terms of the provision of the health care, education and basic amenities among others.

Meanwhile, the Minister has called for the use of coal as an alternative source of power generation by mining operators in the country.

Sada made the call during his inspection visit to Lafarge Cement, WAMPCO plant in Ogun state as part of his working tour of south west zone of the mines field.

According to him, “We are taking serious the situation of power in the country, we felt we have to do whatever we can do to promote this type of bio- fuel for the purpose of power generation. What we try to do is to see how we can partner with them so that they can mine their own coal in the country and make it effective and cheap for them to be able to integrate into their system.”

Arc. Sada commended the initiative of Lafarge Cement, WAMPCO who had already started the use of coal for power generation in their mining operations in the country.

He said “To prove to Nigerians that mining is actually happening in the country, people should not rely on how much gemstone, and gemstones are not considered as important as industrial minerals such as coal”.

The minister also commended Lafarge Cement for the amount of employment, the company had generated so far in the country.

He explained that the purpose of his visit to the cement company was to explore on areas of collaboration towards the development of the nation’s minerals and metal sector for the socio-economic development of Nigeria.

According to the minister “To keep this going that employment would be generated in the country, this underscores the reason of our visit, the need for us to listen and see how we can work together for the good of the economy”.

Arc. Sada assured stakeholders and development partners of the government’s support in area of community relations in mining operations by ensuring that some of the problems associated with mining activities are eliminated.

The minister said the minerals and metal sector was mindful of various environmental problems associated with the petroleum industry as a result of non-compliance with stipulated laws, adding that, the minerals and steel sector would continue to work proactively to curtail such menace in the sector.

The minister pledged the ministry’s readiness to render necessary support to Lafarge Cement, WAMPCO towards the growth of the nation’s minerals and metal sector

Sada disclosed that Nigeria has a large quantity of coal   reserves and each state of the federation has more than two types of solid minerals that can be harnessed.

He noted that the infrastructure was one of the major problems militating against the movement of solid minerals resources from the mines to the end users.

The minister also explained that the present administration was interested in the diversification of the nation’s economy in favour of the minerals and metal sector as a result of its multifaceted benefits in terms of revenue generation and employment opportunities.