LONDON- Commencing from June, 2012 electricity consumers in oil and gas rich Nigeria will begin to pay at least N12 per kilowatt hour, Kwh, of electricity, compared with the average N10 being paid since July 2011.

There had been speculations that electricity tariff will rise by 80 percent, which the government heatedly denied. 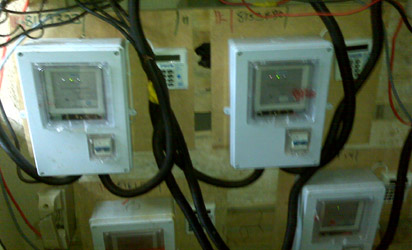 The new electricity tariff is part of the graduated cost reflective measures that will guarantee returns on investment in the power sector, while also attracting the much needed new foreign direct investment, FDI into the sector.

The Chairman, Nigerian Electricity Regulatory Commission, Dr. Sam Amadi who dropped the hint in London said the increase is part of the second tariff order or Multi Year Tariff Order, MYTO, which started in 2008.

The MYTO is graduated every year, with minor monthly reviews to accommodate changes in inflation rate, exchange rate and interest rate.

He said, “This cost reflective tariff that will start on June 1, is not optional, but demanded by law,” in reference to series of reports which claim that the Presidency had ordered a stay of action on the increment in view of the recent increase in the pump price of petrol, which rose from N65/litre to N145 on January 1, before dropping to N97/L after a series of nationwide protests.

Under the MYTO structure, tariffs are aggregated and electricity consumers are grouped into various classes of R1to R4 for residents; C1-C4 for the commercial and industrial users and special consumers.

But Amadi noted, “Till date, we have not granted any consumer a special status. Approval on this will depend on certain terms and conditions.”

Consumers grouped under R1 will be the least paying, as their tariff is not expected to exceed N4/Kwh. This class of consumers are said to be paying less and include the low income earners, and those in the rural areas, who are benefiting from the N50billion Rural Electrification Fund.

In order to standardise costs across the country, there will be no fixed charges and maintenance costs, so that consumers in this class will pay between N3.30 to N4/Kwh.

For the R2, which applies to the middle income consumers, tariff will rise by 11% and are expected to pay between N11 and N12/Kwh.

At this rate, the NERC boss insisted that costs are still highly subsidised by government, without which they would have paid between N22 and N24/Kwh.

However, unlike the R1, this class of consumers will pay at “a fixed charge of N500 per month to cover investments.”

The R3 and R4 customers will pay the highest among all the residents, as these are the high income earners who live in the big and mega estates across the country such as Maitama, Asokoro in Abuja, and VGC, Banana Island and a host of many others.

The new tariffs for these classes of consumers are cost directly by direct metering and will be determined under the agreements with their estate managers.

Like for the residential group of customers, the new tariff also considered the vulnerability of the C1, which comprise the Small and Medium Enterprises, SMEs.

The C1 will pay between N12 and N14/Kwh in addition to a fixed monthly charge of between N500 and N600 depending on size.

This class of customers are also enjoying subsidy because of their disadvantaged position. “They do not enjoy the economies of scale that the big companies enjoy and so they can be run out of business at any given time as we have been seeing happening,” Amadi said.    He explained that the subsidies being enjoyed by the R1, R2 and C1 customers are derived from the federal allocations.

On the other hand, the C3and C4 customers will not only pay N26/Kwh but also pay a whopping fixed monthly charge of N160,000.

Defending the rational for the continued subsidy to some classes of customers, the NERC boss said this is so that they are not unnecessarily hurt or run out of business by high tariffs.

“The new tariffs have been put in such a way that variables are considered, as the tariff policy must support economic imperatives as well as support enterprise. So if you punish them with prohibitive costs, the economic purpose will be defeated.”

Amadi further argued that the new tariff, will, among other things, “mitigate risks,” as it is part of the measures to guarantee returns on investments, and has taken into considerations inputs from other stakeholders, investors and financiers.

According to him, “The urgency now is to attract investments to the sector, and going forward, ensure there are no distortions in the market so that investors can recover their costs and consumers get value or money through efficient and reliable services.

However, despite assurances of consumers paying less than they are generating power on their own, in the short term, they will actually be paying more, especially those paying monthly fixed charges in view of the current electricity supply shortages.

Agreeing, Amadi admitted that consumers will not derive the benefits of the new tariff in the short term until the supply situation improved.

He noted that improvement in supply will depend on “increase in investments in the sector, more efficient management of networks, government should commit to regulatory control and ensure that investments are prudently made and not unduly politicised especially in the award of contracts.

Disagreeing that the new tariff is more a case of putting the cart before the horse, the NERC boss argued that cost reflective tariff is one major means of attracting investment, and if government waited for supply to improve first, then it would wait forever to attract new investments to the sector.

Besides, he added, as supply improves, government will gradually reduce its level of subsidy until a free market is established.

“Government will continue to withdraw subsidy levels. We now have a subsidy work sheet such that at the end of the day, the market operator will pay the equivalent of the prevailing rate.”
The MYTO regime is fashioned after the British model, which provides certain incentives over a five year period.