By Laz Ibeabuchi
ILORIN-Kwara State Government in North-central Nigeria  has released the sum of N500 million to boost the growth of small and medium scale, SMEs enterprises in the state.
Inaugurating the programme in Ilorin recently, Alhaji Abdulfatah Ahmed, the state governor  said the SMEs is designed to strengthen the capacity of cooperative societies to continually boost economic activity of the state
He disclosed that the intervention scheme was part of his administrations effort to create Shared Prosperity through the economic empowerment of small business owners and artisans in the state. 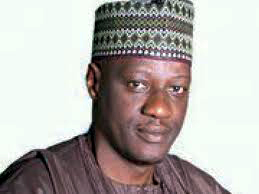 He said this underlines his determination to strengthen the capacity of the private sector to drive economic development of Kwara state.
Governor Ahmed said it is borne out of roles SMEs play as major contributors to the development of the world=s most advanced economies, stressing that they stimulate economic activities, create jobs and contribute to the growth of these countries.
We are therefore determined to accelerate the capacity of SMEs to become major players in the economy of Kwara State. Towards this end, we are building the capacity of Cooperative Societies to serve as the platform for the development of the SME sector he said.
He revealed that his administration was taking off with the first tranche of N250 million of a N500 million fund designed to boost entrepreneurship and enhance the economic well‑being of people of the state, adding that another N750million would be made available to small holding farmers in the state in order to promote food security and wealth creation.