Managing Director of the Nigerian Airspace Management Agency (NAMA), Engineer Nnamdi Udoh has congratulated the Federal Government migrate from terrestrial air navigation to a satellite based navigation system, known as Performance Based Navigation (PBN) in the Nigerian airspace.

Engineer Udoh further described the development as a great achievement in the current drive of transforming the nation’s aviation industry stressing that with the PBN in place, Nigeria has joined the league of big countries that are already operating the ICAO endorsed air navigation  programme. 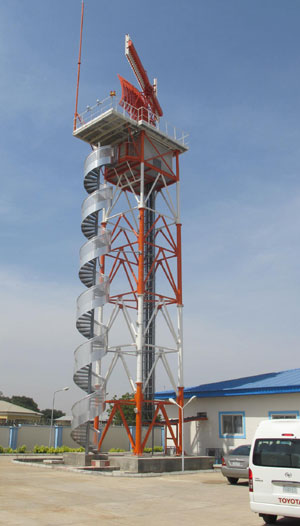 ‘’With the success recorded in our quest of moving from terrestrial to a satellite based air navigation system, Nigeria has joined the league of big countries that are  already  operating  the ICAO endorsed air navigation  programme’’ Udoh remarked.

The NAMA boss also explained that the operation of Performance Based Navigation (PBN) would save cost for the airlines as they would burn less fuel during take off and landing as well as create a reduction in carbon dioxide emission and reduction in air traffic controllers’ load work.

He noted that the staffs were being trained by a PBN expert, Ed Hajek from the International Air Transport Association [IATA], Montreal, Canada.

Nigeria’s bold attempt to migrate from terrestrial air navigation to a satellite based navigation system, known as Performance Based Navigation (PBN) received a boost when two foreign airlines test fly the new approach procedures with pilots landing successfully at the Lagos and Kano airports respectively over the weekend.

Emirates Airlines was first to carry out the approach test on Global Navigation Satellite System [GNSS] in Lagos while KLM recorded same in Kano.