China’s bank regulator has frowned at unwarranted charges by the nation’s banks, saying the banks will be severely sanctioned if investigation find them culpable .

In a notice on its website Friday, the China Banking Regulatory Commission said it began an investigation into bank fees April 1 and banks that are found to be charging high fees for routine services will be punished. It didn’t elaborate on how it defines high fees or what the punishment would be. 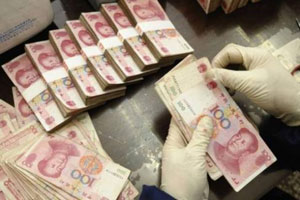 The probe is Beijing’s latest attempt to quell growing discontent over the rapid increase in the types of banking fees, including for things as minor as changing an Internet password, and follows draft rules drawn out by three regulatory bodies in February aimed at stopping commercial banks from charging excessive fees.

Chinese Premier Wen Jiabao last week angrily charged that China’s state-controlled banks are a “monopoly” that must be broken up, in an unusually blunt appeal for a shake-up of the creaky financial system of the world’s second-largest economy. Banks have also come under criticism for not offering sufficient funding for small and medium-sized businesses as China’s economic growth slows.

“It’s a welcome move–it will stabilize fees at different tiers of banks and will ultimately lead to more equally-spread service charges in the banking industry,” said Zhou Wei, spokesman of Bank of Ningbo, a bank in the eastern province of Zhejiang. “That will benefit customers.”

The high fees have come under particular scrutiny as banks report another year of strong profits. Industrial and Commercial Bank of China Ltd. (1398.HK), China’s biggest bank in terms of assets, said last month that its fee-based income, such as from credit cards and sales of wealth management products, climbed 39% to CNY101.55 billion in 2011. The Industrial Bank Co.  of Fujian, a second tier bank, said its net fee and commission income nearly doubled to CNY8.8 billion.

A trader at a local bank said he doubts banks will fully execute orders by the regulator despite the fact that “the so-called supervision of unreasonable service fees seems to have taken center stage this year.” The investigation in itself doesn’t define what is reasonable and what is not, the trader noted.

According to rules drafted by the central bank, the state planning agency and the CBRC in February, bank subsidiaries aren’t allow to set their own charges and all service fees must be decided at the head office. Banks are also asked to give three months’ notice for any increase in service fees, according to a statement on the website of the People’s Bank of China.