IN an effort aimed at guaranteeing national security while ensuring that the country derives more benefits from the exploration of the nation’s hydrocarbon resources, Nigeria would continue to intensify efforts to encourage indigenous participation in the upstream sector of the Nigerian Oil and Gas Industry.

Making the declaration when he received in his office today a 23-man delegation of Faculty staff and top ranking military officers of the National Defence University in Pakistan, Nigerian National Petroleum Corporation Group Managing Director, Engr. Austen Oniwon said it was in line with this commitment that two oil wells from which Shell 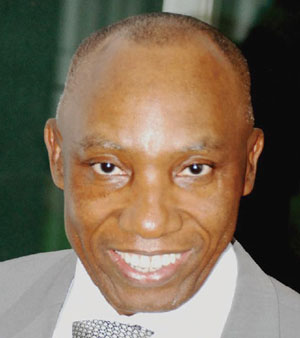 Engr. Oniwon said developments around the globe dictated that nations encourage indigenous capacity in their upstream sector as international political developments might cause foreign upstream players to abandon their post, leaving an unprepared nation in a lurch.

Engr. Oniwon said NNPC was poised to enhance its participation in the upstream sector through its E&P company, the Nigerian Petroleum Development Company, which target is to increase its production from its current 80,000 barrels per day to 250,000 per day in 2015.

The NNPC GMD stated that he appreciated the technological challenges which the Corporation might encounter in its efforts to participation in the upstream sector, emphasizing however that the Corporation has plans to acquire the right technologies to achieve its target.

He added that Nigerians in Diaspora who possess expertise in the upstream would be hired to ensure that NPDC target is met.

Engr. Oniwon said that in spite of the amnesty programme, security still remained a challenge in the sector, stating that criminal elements daily broke pipelines leading to losses being suffered by the Corporation and other players in the industry.

According to Engr Oniwon, the NNPC was aligning fast into Mr. President’s Gas Revolution Agenda which by 2014 would have positioned Nigeria as the regional hub for gas-based industries of fertilizer, petrochemicals and methanol.

The gas initiative, the GMD noted, would generate over 100, 000 engineering-related jobs, as well as about 500, 000 direct and indirect jobs in construction, logistics fabrication and agriculture.

He said the Corporation was collaborating with the nation’s security officials to ensure that oil pipelines become more secured adding that following the Federal Government’s amnesty programme, militancy in the Niger Delta has drastically reduced.

On the Petroleum Industry Bill (PIB), Engr Oniwon observed that efforts were in top gear to ensure its passage into law by the National Assembly within the shortest possible time.

“The PIB will ensure openness and transparency, good governance, competitiveness, optimal revenues for government, indigenous participation as well as placement of national priorities,” he said.

He maintained that in the last decade, the nation has taken some important steps towards a more deregulated downstream fuel sector which will ensure fair market value and product availability.

Already, the GMD stated, a new national refining capacity has been proposed with a view to increase the current capacity from 445, 000 BPSD to 850, 000 BPSD. To this end, three new refineries would be built in Bayelsa, Kogi and Lagos States.

Also speaking, the Leader of the Delegation, Brig Syed Haider Ali Naqvi said they were in Nigeria as part of their study tour to African countries to study the nation’s economy especially as its affects national security implications.

A total of 23 military top brass from Pakistan and Sri Lanka formed part of the visiting Faculty members of the National Defence University, Islamabad, Pakistan. It could be recalled that three years ago, the team from the University paid a similar visit to the NNPC.