LAGOS-Total Exploration and Production Nigeria Limited has announced the shutdown of wells on Oil Mining Lease (OML) 58, and also stopped production on the Obite Gas plant in Rivers state.

This was contained in a statement issued by the company and made available to  journalists over the weekend. 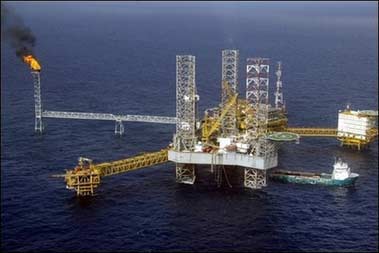 According to the company on April 3rd, 2012 it was alerted about some water and gas resurgence points, observed in an uninhabited area close to its onshore Obite gas production facilities, on the OML 58 license. OML 58 is a concession operated by TEPNG on behalf of the NNPC/Total joint venture in Ogba/Ndoni/Egbema Local Government Area (ONELGA), Rivers State.

“This event is the likely consequence of a technical incident that occurred during drilling operations on the same site, on March 20th. There have been no injuries. Production from the Obite gas plant has been stopped and wells shut down. Since the beginning, a special task force has been in place with the support of well-control experts in order to implement technical solutions to resolve the situation.

TEPNG is working in close collaboration with representatives of the Egi community who reside in the vicinity of the facilities and also with the Nigerian authorities. All necessary means to ensure the protection of nearby communities and personnel and to limit the impact on the environment have been immediately mobilized.

Strict monitoring of the environment is ongoing and a safety perimeter has been established. Domestic water analysis and air quality controls are being processed on a daily basis and have not revealed any presence of hydrocarbons or toxic elements.

Since March 20th, federal and local authorities have been informed of the evolution of the situation. TEPNG reiterates its regrets regarding the trouble the situation has caused and will continue to communicate with stakeholders, including meetings and forums with the communities and regular briefing to the authorities. TEPNG thanks the neighboring communities for their cooperation and understanding of the situation.

TEPNG wishes to express its gratitude to the ONELGA leadership and people of Egi communities for their understanding, co-operation and support. TEPNG re-emphasizes that the main priority is the safety and well-being of the people and environment as it seeks to implement technical solutions to the problem at hand”. It reads in part.