Given the capital intensive nature of Information and Telecommunication sector, the Chief Executive Officer of the Nigerian Stock Exchange (NSE), Mr. Oscar Onyema, has advised stakeholders in the industry to tap into the opportunities inherent in the nation’s capital market

Speaking at a dinner parley with CEOs of various ICT companies, he stated that the call became necessary as the NSE was the only vehicle through which the ever increasing financing needs of the ICT sector could be met. 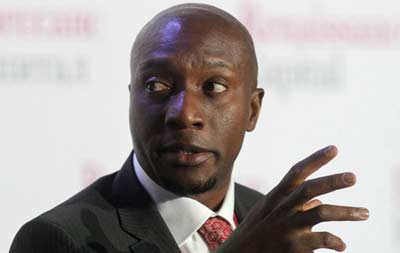 He said, “As Nigeria’s Information and Communications Technology sector grows, I firmly believe that The Nigerian Stock Exchange is the right platform to raise capital towards this growth and expansion.

The sector should not rely predominantly on short term borrowing given the capital intensive nature of the industry. As you know, the capital market possesses a comparative advantage over other sources of finance in the provision of long-term funds compared to the generally higher cost of bank financing for long-term capital infrastructural projects.

“The stock market, promotes efficiency in capital formation and allocation; it provides the platform that enables companies to raise capital for financing new projects, expanding and modernizing industrial and commercial concerns,” he added.

“If capital resources are not provided to those economic areas, especially industries where demand is growing and which are capable of increasing production and productivity, the growth rate of the economy suffers,” he further stated.

He laments that the sector which has recorded significant growth in Nigeria in the last ten years accounts for only 0.99 per cent of total market capitalization of equities market.

“In the past decade, Nigeria has recorded tremendous growth in the telecommunications sector, emerging as one of the fastest growing telecoms markets in the world. It has the largest mobile subscriber base in Sub-Saharan Africa and is ranked amongst the top 10 in the use of mobile phones in the world.

“This sector has come a long way from the time when only about 400,000 landlines and another 25,000 analogue mobile lines were available to a population of over 120 million to the present, where we have about 112 million subscribers, representing roughly 70 per cent of the population.

“Growth in this sector has also had positive spin-offs on other sectors of the economy. For instance, the financial sector has taken the lead through e-payment solutions and mobile banking and this will grow in importance as the economy transits to a cashless one

“However, the key drivers of the Nigerian economy hardly feature on our Exchange: Agriculture, Oil and Gas, Utilities and Telecoms each constitute less than 3 per cent of the market capitalization. As at Q4 2011, telecommunications accounted for 5.64 per cent of GDP with almost 112 million GSM subscribers. On the Exchange, the ICT Sector accounts for a mere 0.99 per cent of total market capitalization of equities,” he stressed.