LAGOS-Consequent to the publication of a list of indicted petroleum marketers by the findings of the House of Representatives Ad-Hoc Committee probing the fuel subsidy removal, stakeholders in the petroleum industry have called for the appointment of principal managers to take over and manage the tank farms that were found guilty. 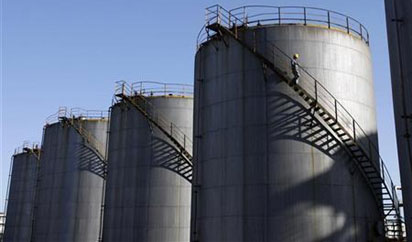 It was gathered in Lagos this morning that palpable fear has gripped some of the tank farms whose names were published in the media even as some of the big debtors have been rumored to have developed cold feet and can flee the country at any time.

The chairman of the Lagos Zonal Council of the National Union of Petroleum and Natural Gas Workers (NUPENG) Alhaji Nojeem Korodo who spoke exclusively with our correspondent today suggested that the tank farms of these defaulting marketers should be confiscated and taken over by government so that the interest of the masses will be protected.

“The case of Ibori should be a clear lesson to these people, they are all thieves, I will suggest that those of them that failed to return the money should be prosecuted, let individual accounts be scrutinized, and let the companies be taken over and run by the government so that our stolen money can be recovered back”

Korodo pointed out that taking over the companies by government is better because outright closure of the companies will only add more to the scourge of unemployment in the country.

He however cautioned that the defaulting marketers should be tried fairly and prosecuted openly before Nigerians in order to erase any suspicion of witch-hunting and deliberate sabotage based on political reasons.

“My concern is that, let the committee not inject sentiment into their dealings, this will only make it look as if they are trying to witch-hunt some particular persons, let them be tried fairly and openly before Nigerians, it must not be done simply because a political party does not like the face of a particular marketer”

“Let them be punished fairly because we are talking about transformation in this country which is the agenda of the federal government, and this transformation needs to start from somewhere” he maintained.

Another stakeholder Mr. Olanife Adeoye who is a petroleum retailer, advised that the companies that are found guilty by the committees report should not be forced to return the money, but that the companies should be taken over by the government.

According to him, principal managers should be appointed for each of the defaulting tank farms who will co-manage it and in the process be collecting back the debts until they are paid in full.