By Laz IBEABUCHI
LAGOS-IN demonstration of its capability for big ticket transaction and making critical financial intervention aimed at addressing key infrastructural challenges in the continent, UBA Benin Limited, a subsidiary of the pan African banking group, the United Bank for Africa Plc, recently facilitated the grant of $50 million syndicated loan towards economic development of the West African country. 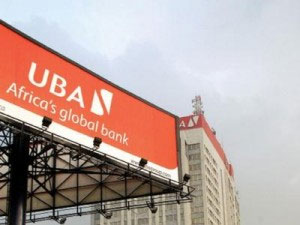 Specifically, UBA Benin acted as lead arranger to the $18 million syndicated mid-term loan for the National Electricity Company of Benin Republic . The bank was also a co-arranger to the $32 million syndicated mid-term loan to MTN Benin.
The $18 million facility to the National Electricity Company has contributed to improved power distribution in Benin Republic with positive impacts on the economy. This milestone transaction makes UBA Benin to be referred to as the major energy financing Bank of the country.
Similarly, the facility to MTN was to facilitate the acquisition of the Third Generation (3G) Telecommunication License from the Government.
Managing Director of UBA Benin, Mrs. Gwen Abiola Oloke said the
transactions underscored UBA’s commitment to supporting the growth and development of the economy of Benin Republic especially by financing large ticket transactions for corporate customers, thus stimulating economic activities.
She added that “UBA Benin has played key roles in project finance, innovative banking services and jobs creation,” adding that It is the same commitment that we have in all counties in Africa where we have presence.”
According to her, UBA’s landmark expansion drive across Africa is a testimony to its commitment to ensure that the economy of Africa competes favourably with the rest of the world.
Commenting on the development, Mr. Phillips Oduoza, GMD/CEO, UBA Plc assured of the bank’s readiness in meeting the financial needs of the African nations by bridging finance-project gaps, through infrastructure financing, loans syndication, trade facilitation and investment promotions.
He said, “With UBA’s presence in 19 African countries, the bank is leveraging on very strong fundamentals to achieve its African goals adding that the bank has launched series of products to smoothen trade and commerce between African nations via its payment platforms.