Capital market analysts have predicted that Conoil Plc might increase cash dividends to its shareholders as indications emerged at the weekend that the company might end the 2011 financial year with a profit before tax of N5.5 billion.

This indicates significant increase over its third quarter performance of N4.68 billion. 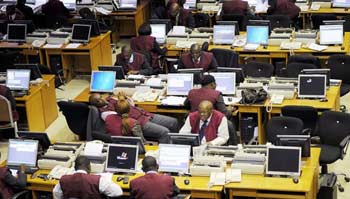 Sources also revealed that the company ended the year with profit after tax of N4 billion and turnover of N161 billion, as it harnessed expansion in its business portfolios and consolidation of its market share.

For the year ended December 31, 2010, it would be recalled, Conoil recorded turnover of N102.9 billion, profit before tax of N4.02 billion and profit after tax of N2.8 billion.

Going by the performances, its PBT increased by 37%, PAT by 43% while turnover increased by 56% over last year.

With profit after tax of N4 billion, its earnings per share would be N5.76 as against N4.02 in 2010. Market analysts therefore, expected Conoil to increase cash dividend by at least 27 per cent, which could move dividend per share substantially above N2 paid for 2010 financial year.

Considering the company’s antecedents in profit trend, dividend payment policy and the relationship between earnings growth and dividend payouts over the years, analysts further posited that it might increase its cash dividends to shareholders substantially.

Average payout rate also stood at about 44.4 per cent in the past three years with the company progressively increasing the proportion of profit after tax distributed to shareholders from 38.2 per cent in 2008 to 45.05 per cent in 2009 and 49.8 per cent in 2010.

Given the probable net earnings per share and percentage payout range, dividend per share for the 2011 business year could range between an average of N2.56 and N2.87. A conservative estimate based on the average dividend payment policy in recent years indicates a dividend yield of more than 12 per cent for Conoil at current market consideration, a yield described by several analysts as highly attractive.

But most analysts said Conoil may increase cash payouts beyond its average rate given the commitment of the company’s Chairman to ensure significant growth in earnings translate into proportionate increase in returns to shareholders.

Its Chairman, Dr. Mike Adenuga (Jnr.) had at the company’s last annual general meeting assured shareholders that the board and management of the company would pursue strategies that would continue to deliver growth in earnings and dividends.

In comments on earlier reports, Conoil said the foundation for the impressive performance was hinged on the huge investment it committed to the expansion of its businesses, the general overhaul of its facilities and equipment, the optimization of its resources and total elimination of waste in its operations.

One major component of the growth expansion initiatives was the massive investment in petroleum products depot in Port Harcourt, Rivers State, which has significantly helped to ease fuel supply in the southern and northern parts of the country. The depot has immense storage capacity for all petroleum products which has added value to Federal Government’s effort at ensuring fuel availability country-wide.

Conoil’s Liquefied Petroleum Gas (LPG) produced and distributed from its multi-million naira state-of-the-art LPG bottling plant located in Ikeja, Lagos has become a major source of industrial and domestic cooking fuel. The plant has the capacity to bottle 5,000 cylinders a day, boosting supply of cooking gas in the country.