BA, VAA ban in two weeks time was part of Nigerian’s due process-Ekanem

Chairman of the Air Transport Service Senior Staff Association of Nigeria (ATSSSAN), FAAN branch, Comrade Ekanem Ekanem has said that British Airways and Virgin Atlantic as well as other foreign airlines operating into Nigeria will be ban in two weeks time if the upper house finds them culpable of the crime that they were been accused of.

British Airways, Virgin Atlantic and other foreign airlines had been accused by the Nigerian government of exploiting Nigerians with their exploitative and arbitrary fare rates in the country. 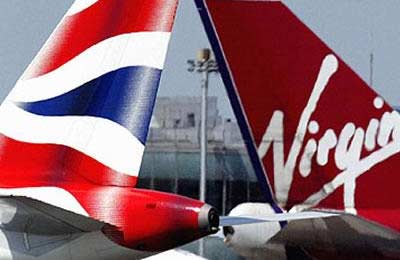 To this end the the government had given the airlines a 30 days ultimatum upon which they would be grounded should they fail to reduce their arbitrary fares but for the time intervention of the Senate to investigate into the matter till two weeks time the airlines would have been grounded by mid night yesterday.

Comrade Ekanem who spoke to Biztellers on the move by the government to extend its action on the ban on all foreign airlines pointed out that the government and the ministry of aviation was taking the right step as matters such as this were meant to be carefully examined before a final and a lasting decision taken.

‘‘The Federal Government is in line with due process, the government is also in line with the modern trend, and hence they need to be very careful before decisions such as this are taken. So allowing the Senate to investigate into the matter in the next two weeks is a welcome development so that a lasting decision and action by the government will be taken once and for all’’ Ekanem affirmed.

He further pointed out that it was right that the Ministry of Aviation under the leadership of Princes Stella Oduah to demand for the reduction in fares by all foreign airlines operating in the country stressing that all the foreign airlines were exploiting Nigerian passengers.

According him, the fares by foreign airlines should be reduced adding that he wondered why those airlines took interest in treating Nigerian passengers badly.

“Yes, I think it is mandatory for them to reduce their airfares, I don’t really know why they don’t treat Nigerians passengers well. This policy of reciprocity should be taken with great cognizance” Ekanem added.