The Minister of Aviation, Princess Stella Oduah has assured that the airfield lighting of the domestic runway of the Murtala Mohammed Airport, Lagos will be fixed at the end of the ongoing remodelling of the airport.

The airfield lighting of the runway had not been functional since 2009 when the runway was re-opened for operation by the former Minister of Aviation, Mr. Babatunde Omotoba who promised then that it would be fixed within three months.

Speaking at the 18th annual League of Airports and Aviation Correspondents and industry recognition award, Princes Oduah who was represented by the Special Assistant, Media, Mr. Joe Obi regretted the inconveniences the airlines had been experiencing over the years especially at night when they would have to taxi to the international runway to take off from the airport. 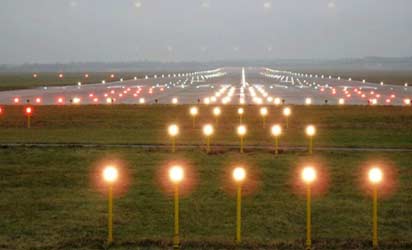 Speaking on aviation fuel committee, Oduah explained that the ministry was currently discussing with the ministry of petroleum resources on how to find a permanent solution to the recurring crisis.

She insisted that the report of the committee submitted to the ministry was not dead and that part of their recommendations was what the ministry was implementing, adding that at the end of the day, the federal government would come out with a “tangible, workable and visible report” for the industry.