There are indications that the Managing Director of the Federal Airports Authority of Nigeria, Mr. George Uriesi reported himself to the Abuja office of the Economic and Financial Crimes Commission office yesterday.

Information gathered by Biztellers revealed that Uriesi reported to the anti-graft agency at noon after a move to arrest him on Monday in Lagos failed. 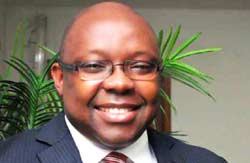 A source close to the agency, but who does not want his name mentioned said that the arrest attempt of Uriesi may not be unconnected to a petition written to EFCC by the Airline Operators of Nigeria over alleged mismanagement of N44bn revenue generations to the agency in the last three years.

But when our correspondent contacted the image maker of EFCC on phone, Mr. Wilson Uwujaren, he could not confirm or deny the arrest, saying that he would get across to the reporter.

Also, the General Manager, Public Affairs, Mr. Akin Olukunle could not be reached on phone as he did not respond to the call made to his phone.

However, as at the time of filing this report, the outcome of the visit could not be ascertained by our correspondent.

It would be recalled that four EFCC officials and a police officer had stormed FAAN office as early as 10:25am on Monday, moved straight to the office of Uriesi and left exactly 10:45am after searching the office.

As at the time the EFCC officers stormed the office, Uriesi was said to be in Abuja for a meeting.

When contacted on Monday, Olukunle could not decline or confirm the visit of EFCC, but rather said that the personnel could had visited the agency for verification of documents.

He explained that FAAN in recent time petitioned EFCC on some outstanding issues involving the agency and some of its concessionaires, but insisted that they did not come for Uriesi whom he said he had been speaking with ever since.

He said, I don’t know why you are troubling yourself? I don’t know where you got your information from? My MD is a free man, he has not committed any offence. So, why will they be looking for him? I just spoke with him. EFCC can come for anything either for verification or otherwise.”