The Nigerian Airspace Management Agency (NAMA) has hailed the Nigerian Government for its giant steps in improving the safety standard in the country’s aviation industry.

General Manager, Public Affairs of NAMA, Mr Supo Atobatele who disclosed this to Biztellers noted that the government has done very greatly for the support it has given to the aviation industry in ensuring that all capital projects that could enhanced safety at the nation’s airport was completed.

According to him, the federal government, under the Ministry of Aviation has been able to sustain the US Federal Aviation Administration, FAA Category one statue which has greatly improve the bar of air safety in Nigeria. 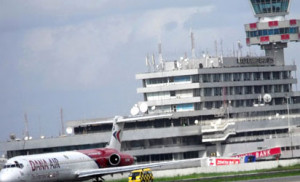 He said”In the past five years the country has been enjoying peaceful airspace, particularly in commercial aviation to which this forth-coming celebration of President Goodluck Jonathan’s administration is part of it”

“The President Goodluck Jonathan’s government has been able to ensure that Nigeria joins the countries that have migrated from the Terrestrial Navigation System to the Satellite Base Navigation System which will boost seamless air travel as well as ensure safety at all times” he added.

The General Manager further noted that the government was on the business of training aviation personnels in order to enhance their performance on the which would serve as a catalyst in ensure the safety of the airspace.