Nigerian Treasury bill yields rose as bids dropped to the lowest in two months at an auction after the debt crisis in the euro region prompted some foreign investors to sell fixed-income securities and exit from the country. 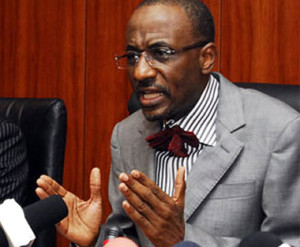 The Central Bank of Nigeria sold 126.3 billion naira ($789 million) of treasury bills yesterday, the Abuja-based bank said today in an e-mailed statement. Debt sold included 30.65 billion naira of 91-day bills at a yield of 13.50 percent, 31 basis points higher than the 13.19 percent at an auction on May 10. Bids totaled 307.3 billion naira, 40 percent lower than at the previous auction and the least since the March 29 sale.

“The yields increased because of the lack of foreign interest at the last auction and the sell-off in these instruments by offshore investors,” Samir Gadio, an emerging- markets strategist at Standard Bank Group Ltd. in London, said in an e-mailed reply to questions.

A “re-emergence of crisis in Europe” put pressure on the naira, central bank Governor Lamido Sanusi said May 22 after the Abuja-based regulator left its benchmark interest rate on hold for a fourth consecutive meeting at a record 12 percent. Inflation accelerated to 12.9 percent in April after the government partly removed fuel subsidies and boosted gasoline costs.