By Oyise Oghene
A Nigerian judge, Justice Binta Nyako has handed off the case on the contractual disagreement and termination of contracts by the Federal Airport Authority of Nigeria (FAAN) and its comcessionaire Maevis Limited to the  Chief Judge of the Federal High Court for onward re-assignment to another judge.

Justice Nyako affirmed that she could not pass judgement on the case as a result of the contempt proceedings levied against the MD/CEO of FAAN, Mr. George Uriesi. 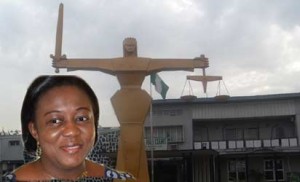 Disclosing this development to newsmen, the General Manager Mr. Akin Olukunle who was able represented by Mr. Onyekwere Nnaekpe pointed out that the contempt proceeding has been a topical issue in the matter between FAAN and Maevis even as when the substance of the case between the parties was yet to be heard.

“The re-assignment of the contempt charge is believed to be a relief to aviation stakeholders since this contempt has been a source of distraction in the industry considering the pivotal role that FAAN plays in the development of the industry, as exemplified by the on-going airport remodelling project, taking place simultaneously in 11 airports across the country” he said.

“The second phase of the project which will commence before the end of this year will include the remaining ten airports under the supervision of FAAN” he added.

He further noted that the ongoing remodelling project was the first major airport rehabilitation programme of the Federal Government after the Aerodrome Development Programme which was undertaken by the government in the mid – 1970s.